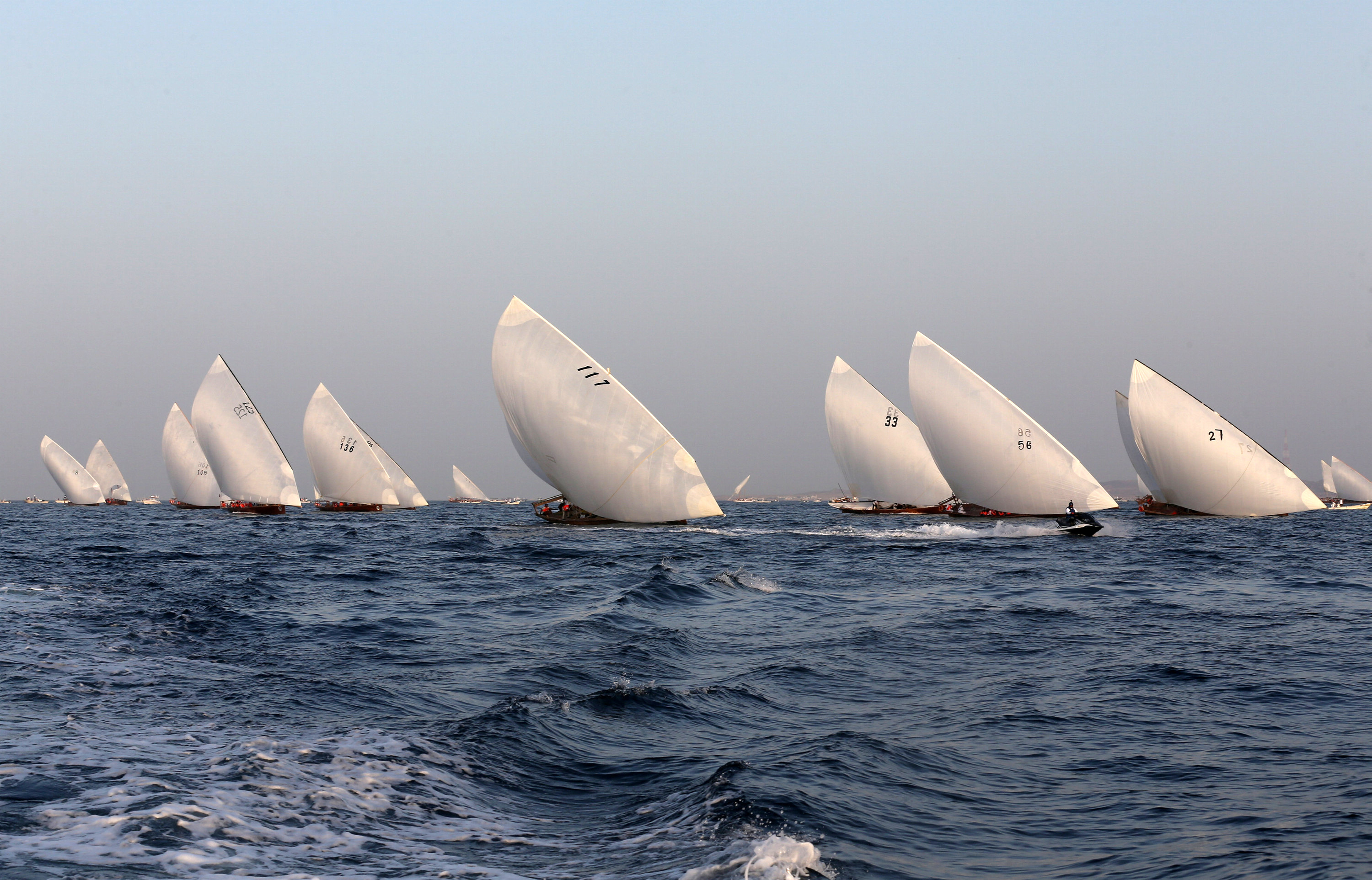 Photographers reveal beauty of Al Gaffal around the world

The 29th Al Gaffal Long Distance Race, which was held recently under the patronage and support of His Highness Sheikh Hamdan bin Rashid Al Maktoum, Deputy Ruler of Dubai and Minister of Finance, had witnessed a huge media coverage from the international press agencies and global news.

The great race was organized by Dubai International Marine Club with the media delegations participated by AFP (Agency France Press) with two of their global photographer Karim Sahib and Mumen Khatib who prepared a video regarding the race. Joining also the team from Reuters with the photographer Satish Kumar and two cameraman Abdulhadi Ramahi with Saeed Yousef Gharaibeh. And the Al Ghad TV delegations Abdulla Al Zoubi and Saeed Ullah with the known Photographer, Martin Dokoupil 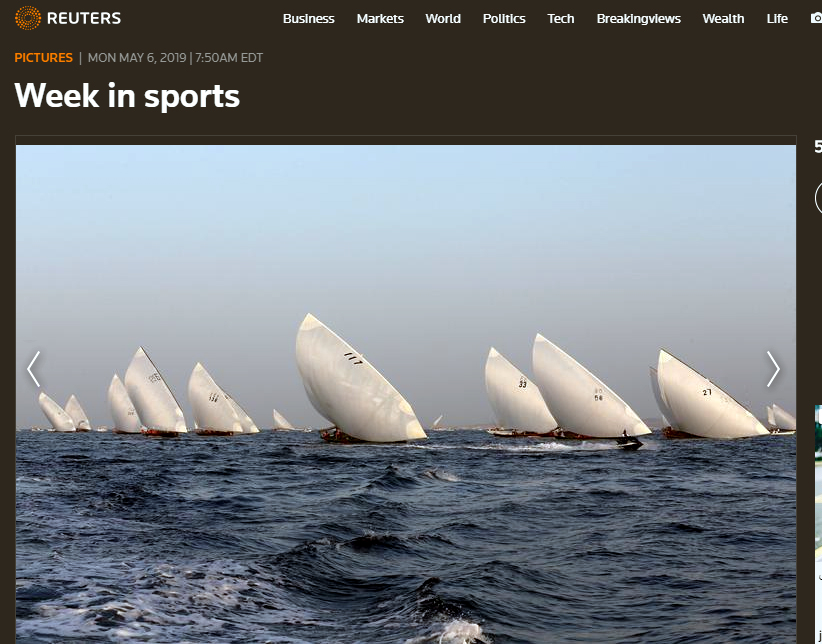 The video created by AFP was reportedly available in eight language with the duration of more than 3 minutes starting from the Sir Bu Na’air Island until the finish line at Dubai Coast and the awarding ceremony held at Umm Suqeim Beach beside the Burj Al Arab wherein the said video was also featured in MSN Lifestyle in US supported by Microsoft.

The report includes several stages of the race from the starting line until reaching the finish line with the interviews from the DIMC Vice Chairman , Ali Nasser Belhabala and the winning boat 96 “Al Shaqi” who took the first place for the 29th Al Gaffal.

The race was also highlighted in the British Newspaper, The Times thru Sunday Times for the News in Photo for the 4th of May with the image taken by Satish Kumar of Reuters including a photo of the dhow boats sailing towards the finish line. 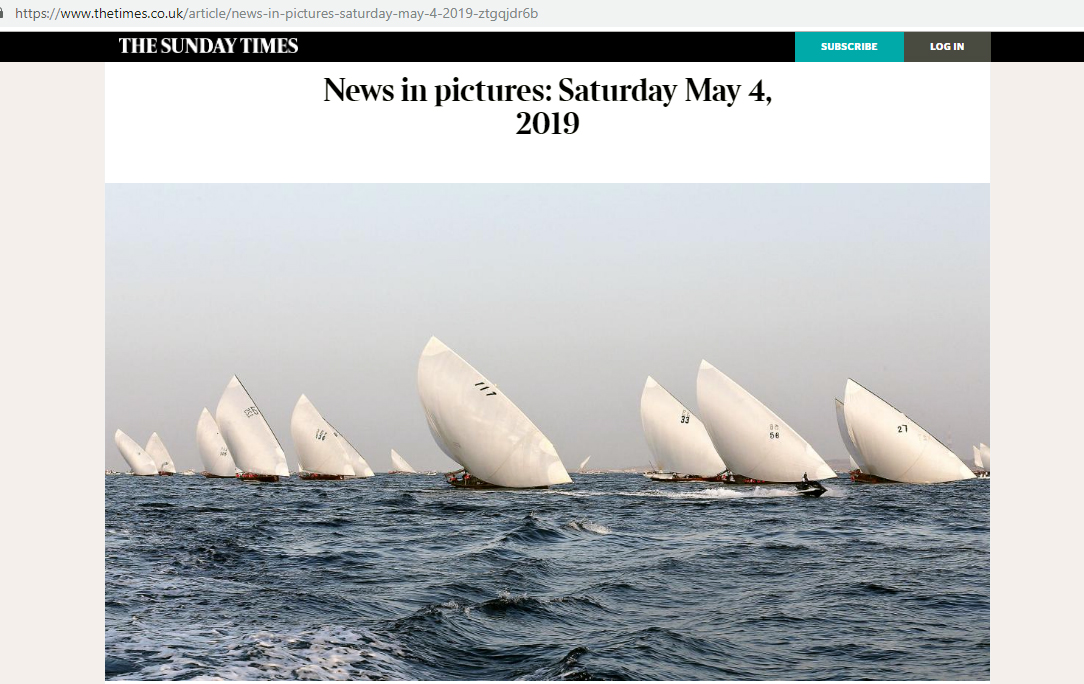 The Reuters news agency has chosen the same image to be one of the 20 best sports photograph taken around the world in the first weeks of May with the rest of the current sports, including football, sports cars and racing horses world and also boxing, swimming and other sports. 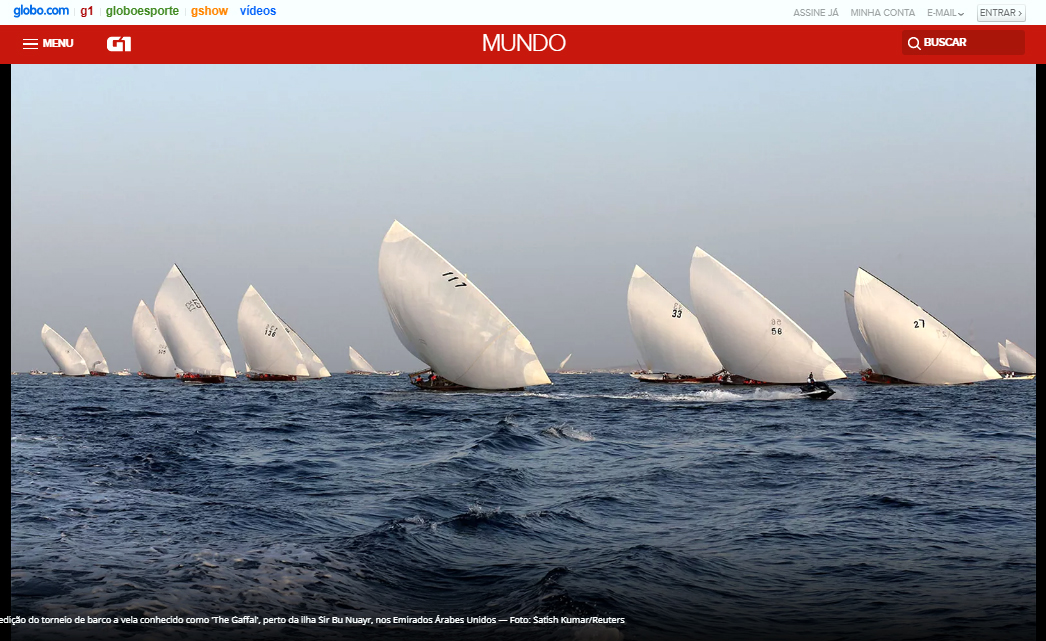 It was also featured in Cambodia, in VOA Khmer site with the wonderful photo taken by Karim Sahib of AFP wherein the sunrise of Friday morning as the start of the race which held as one of the top photo for the 3rd of May.

The event also was featured in several Middle east media such as from Al Arabiya in Cairo with a four minutes video regarding the race prepared by Abdulla Al Zoubi with the coverage from the start until the finish of the race with the interview of the Race Director for Al Gaffal, Hezaim Al Gemzi. It was also featured in Kuwait Newspaper. 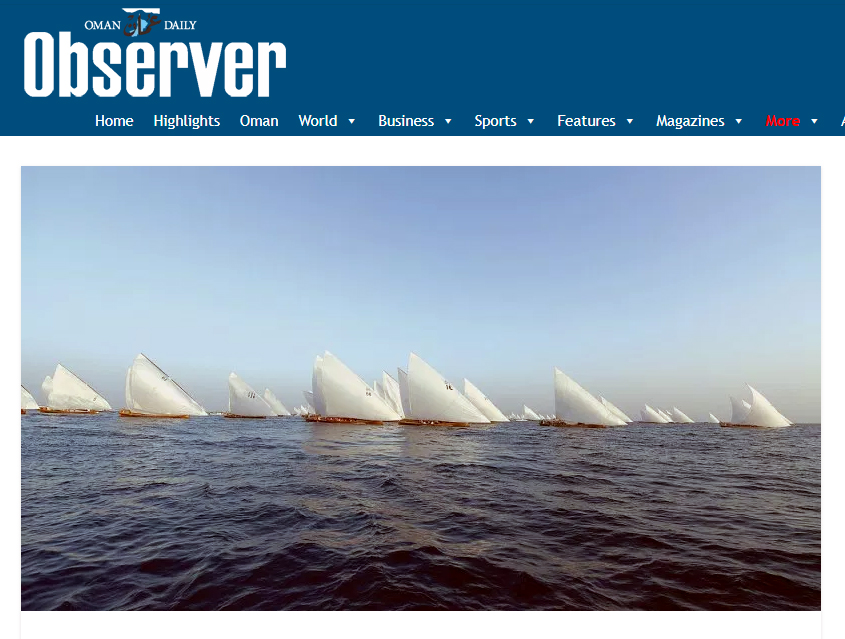 In Oman ,  the publication for Oman Daily Observer feature the image taken by Karim Sahib of AFP with a photo showing the boat sailing towards a 51 nautical miles distance for a duration of 10 full hours race.

The Daily Star Lebanon features the Photo of Satish Kumar as photo of the day for 3rd of May  among the 5 clips per day wherein showing the photo of the dhows sailing on a blue Gulf Waters from Sir Bu Na'air Island until the finish line at Dubai Coast.