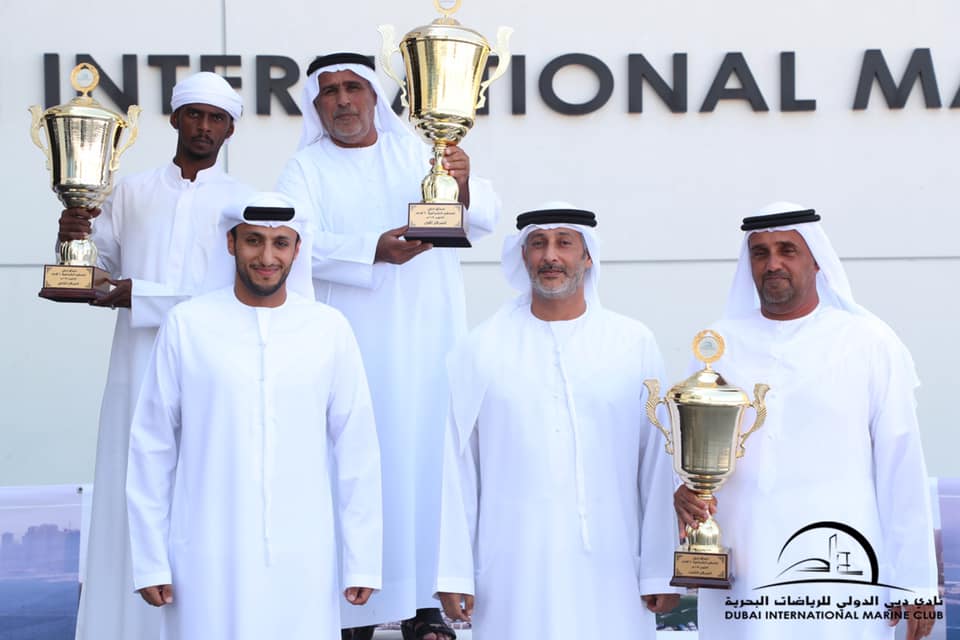 The registration of Dubai Traditional Rowing Race - 30ft closes today organized by Dubai International Marine Club within the marine sports season 2019-2020 in conjunction with the launching of the Dubai Fitness Challenge (30 minutes of workout every day for 30 days).

The organizing committee of the race scheduled it for Friday which is the start of the Rowing race in the season which include the most expensive race in this category , the Al Maktoum Cup, wherein the committee have called all the participants to expedite their registration process thru the online process that was sent via SMS or thru the club headquarters

The organizing committee of the Dubai International Marine Club has completed all organizational steps in coordination and consultation with various government and national institutions, including Dubai Municipality, Dubai Police General Headquarters and Dubai Media Corporation, which will transmit the live race through Dubai Sports Channels, Dubai Civil Defense and Yas Sports TV.

It is expected that the race we will witness tomorrow(Friday) with a large participation of rowing enthusiast from the UAE and also from the GCC countries, wherein the last season 2018-2019 recorded the emergence of rowing champions from Oman and the Kingdom of Bahrain.

The organizing committee of the race issued the full schedule of the event on Friday which starts early from 9:00 am by completing the technical examination procedures on the participating boats and distribution of wrist band for the participants then right after will be the race briefing to further explain the instruction and to conduct the draw of the flag which will determine who will be on the first and second round.

The organizing committee set the race on Friday at 3:00 in the afternoon prior to that is the time limit of the boat to starting line for the first round and right after will be the second set. Right after the race will be the technical inspection for the top three boats and the awarding ceremony for the winner.

The Dubai Traditional Rowing Race - 30ft , first round is set to take place in between the  Dubai Water Canal and the Dubai Creek off in Al Jaddaf and near the Dubai Creek Wildlife Sanctuary where the races will return to the same venue where it was held the last season 2018-2019. The  Dubai Traditional Rowing Race - 30ft,  achieved a great success exceeded expectations by the magnificence of the place and its suitability for the races,thus satisfying the participants.

On the other hand, in the headquarters of the Dubai International Marine Club on Wednesday morning we witnessed the coronation ceremony of the champions of the 60ft Dubai Traditional Dhow Sailing Race which was organized by the club last Saturday on 5th of this month in the shores of Dubai led by the presence of Mohammed Hareb, CEO and Hezaim Al Gemzi the Director of Sports Department

With the owners & representatives of the winning top 3 boat to recieve the trophies assigned to them according to the approved results, which are the boat no. 30 "Al Adeed" which is owned and skippered by Mohammed Rashid Al Rumaithi followed by the boat no. 59 "Zef Zaf" owned by Sheikh Zayed bin Hamdan bin Zayed Al Nahyan and led by Abdulla Ahmed Khadem R. Al Muhairi. For the third position the boat no. 18 “Rejam” owned by Tarish Ateeq Ahmed Al Quabaisi and led by his son Ahmed