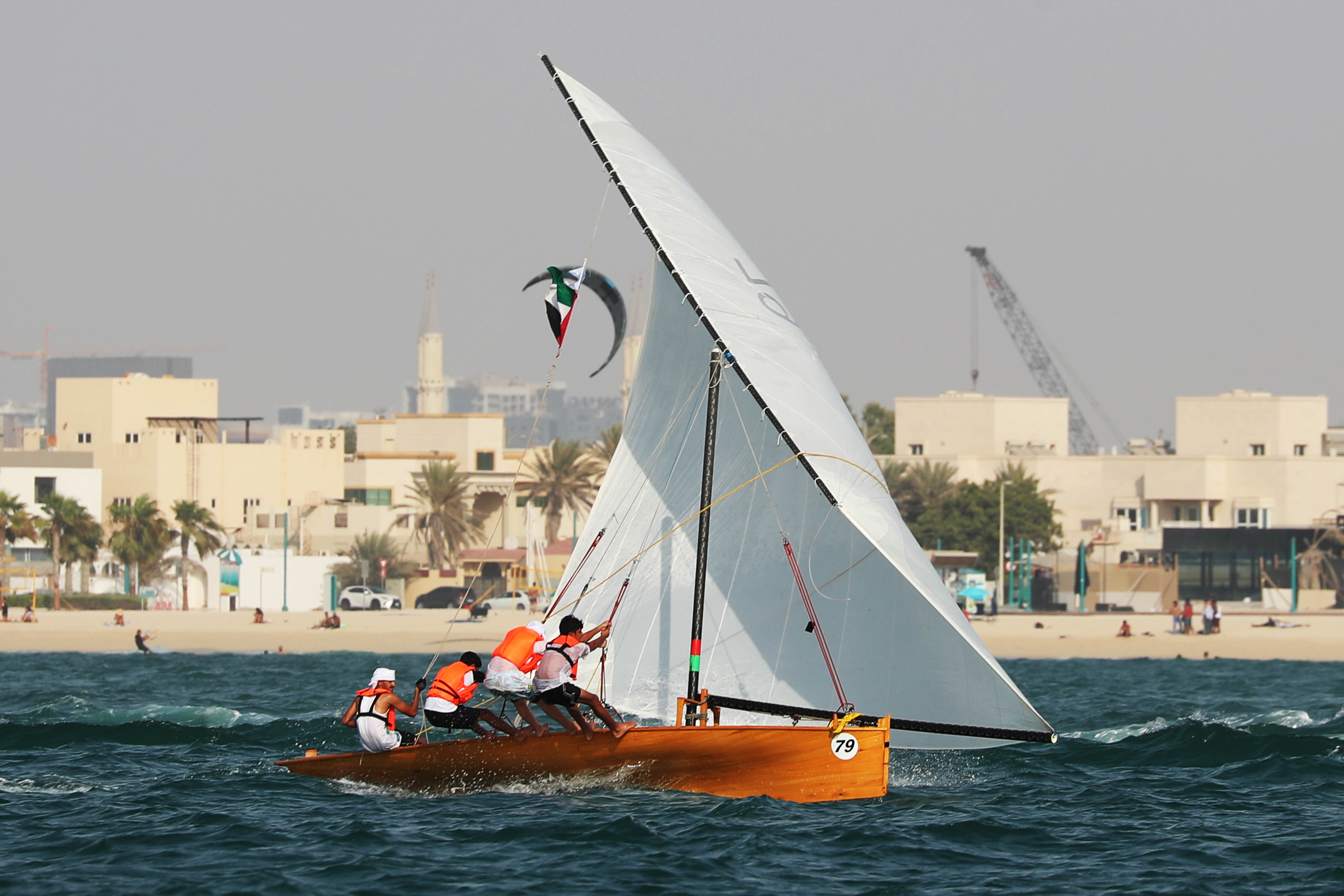 The registration for the second round of the Dubai Traditional Dhow Sailing Race  closes tomorrow which is organized by Dubai International Marine Club under the marine sports season 2019-2020.

The organizing committee at DIMC announced the the organization is organizing a simultaneous event this weekend,  first the Dubai Kitesurf Open round two on Thursday & Friday and the second round of 22ft Dubai Traditional Dhow Sailing Race on Saturday.

Hezaim Al Gemzi , the Director of Sports Department at DIMC said that the club was ready for the races this weekend Thursday until Saturday which is a combination of the modern and traditional racing all in one location in Nessnass Beach in Jumeirah which highly attracts the public and followers of the race.