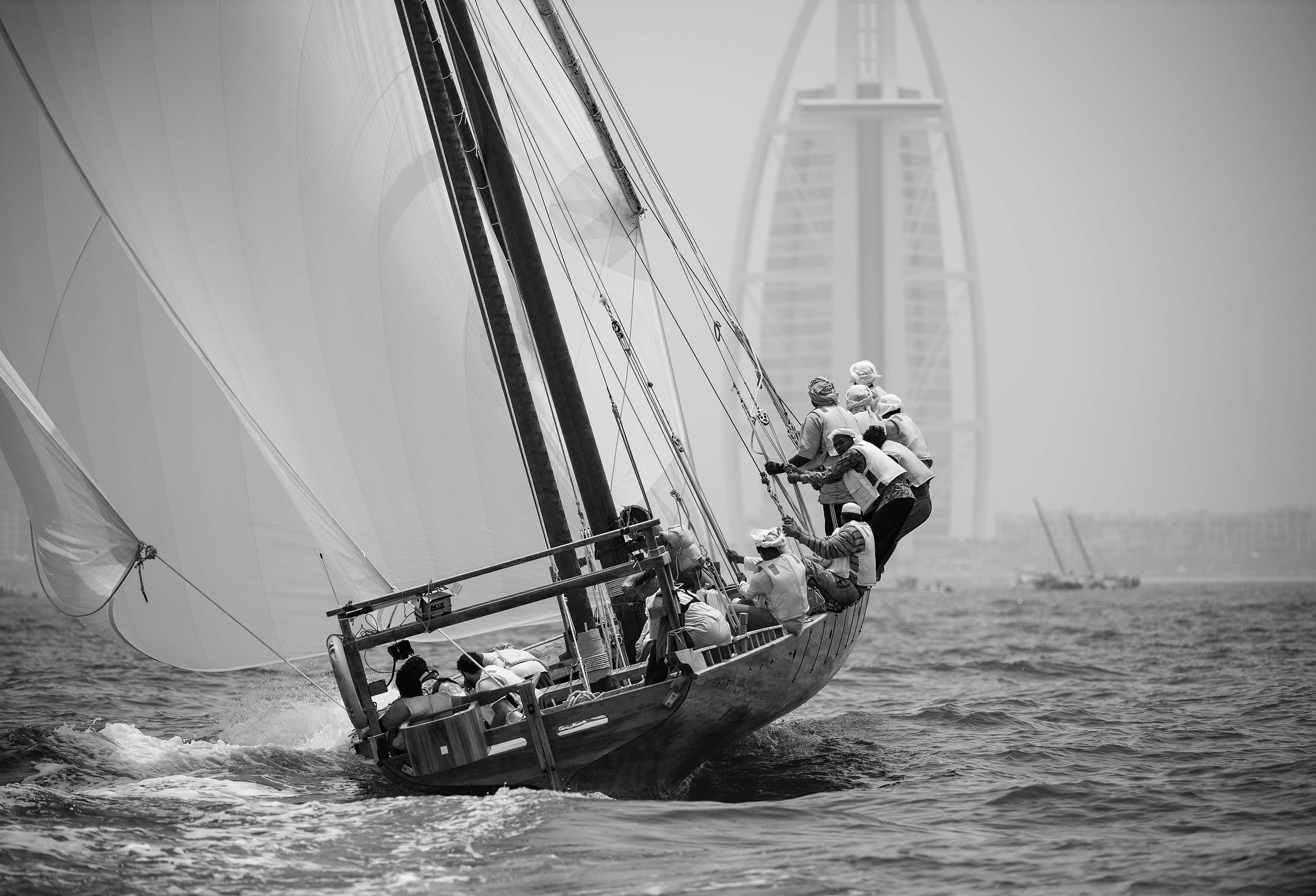 The preparation for the final race continues as the club open it's registration today for the 29th Al Gaffal Long Distance Race to Dubai) under the patronage of HH Sheikh Hamdan bin Rashid Al Maktoum , Deputy Ruler of Dubai and UAE Minister of Finance which will commenced from 25th-28th of this month

The Dubai International Marine Club, organizing committee has began its early preparation for the success of the great race which will embodies the UAE heritage and culture from the past livelihood from their ancestor.

The organizing committee is working hard to ensure that the vision of HH Sheikh Hamdan bin Rashid Al Maktoum, patron of the event and owner of the idea that started this race will be achieved thru providing ahugh standards of security abnd safety of the owners and the skippers involved in the race where the committee is considering the best condition of the sea from 25-28th of April.

The big race will kick off from Sir Bu Na'air Island to Moon Island towards the finish line at the iconic Burj Al Arab with a distance of 51 nautical miles.

As part of the early preparation of the organizing committee headed by the DIMC Chairman , Ahmed Saeed bin Meshar with Ali Nasser Belhabala, DIMC Vice Chairman in behalf of the board members and the Race Director Hezaim Al Gemzi announced that the registration for the big race starts today until the 23rd of April.

Ali Nasser Belhabala , DIMC Vice Chairman have extend his sincere thanks to HH Sheikh Hamdan bin Rashid Al Maktoum for his continues support of the race. He also praises the support from government department and national institution for achieving the success of the event which is described as the biggest & expensive traditional dhow sailing race.