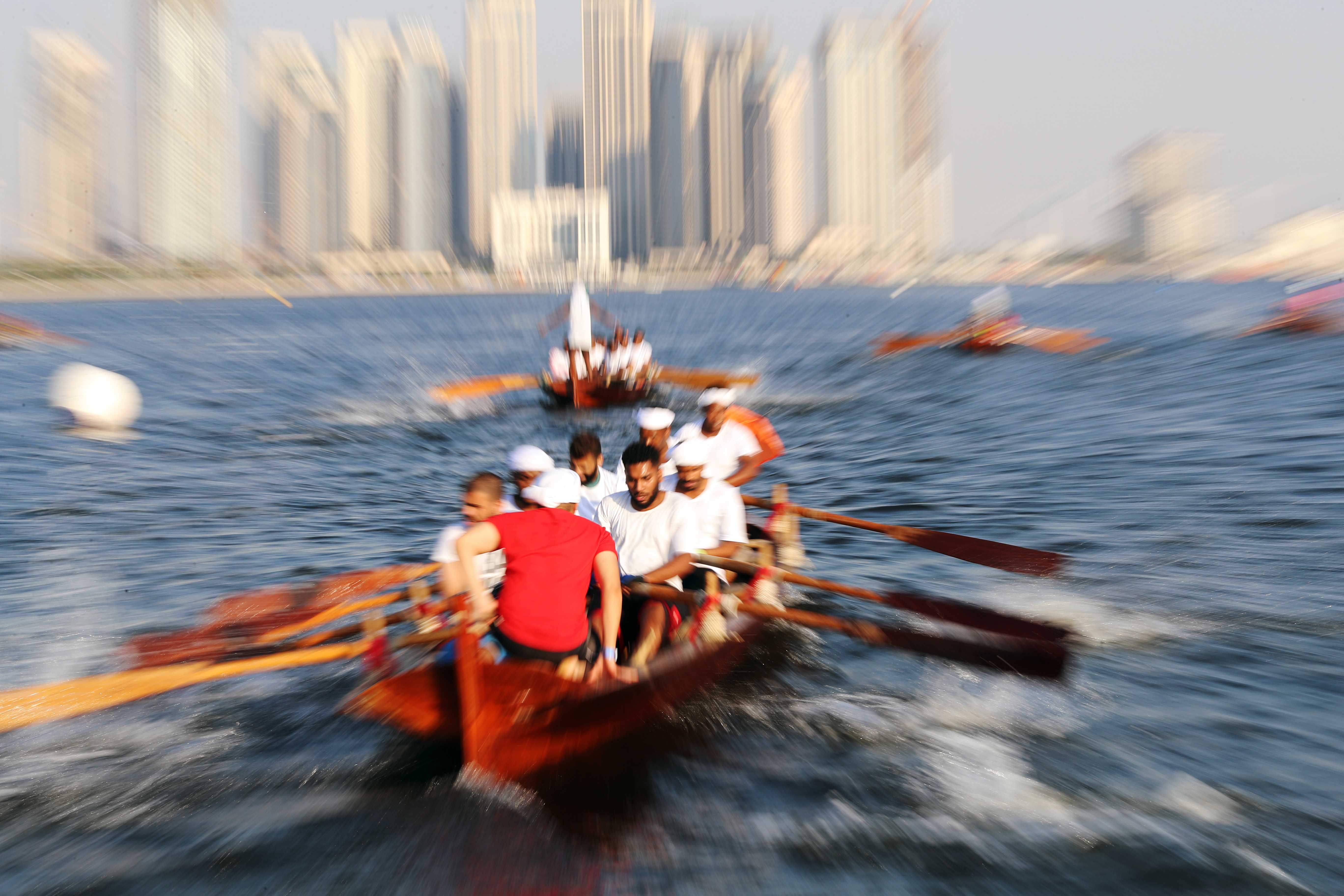 The registration for the Dubai Traditional Rowing Race - Heat 1 closes tomorrow which is organized by the club on Saturday as part of the new sports season calendar 2021-2022.

The new season was launched with great success last Friday with the first round of the 22ft Dubai Traditional Dhow Sailing Race with the participation of 35 boats and the second event will be the Dubai Traditional Rowing Race which will bring together elite boat owners, skippers, and enthusiasts of this sports.

The organizing committee plan to have the race in two groups that will start at 16:00 HRS on Saturday in Dubai Water Canal in Al Jaddaf Area and front of the Dubai Creek Wildlife Sanctuary towards the finish line in the Festival City with a race distance of 2.3 KM.

The organizing committee announced the online meeting for the participants to be held Thursday afternoon prior to the race on Saturday that will start with Technical Inspection, Checking of ID & Wristband. The draw also will conclude to determine who will be in the first and second half distinguished by blue & orange flag.

DIMC notifies all the registered participants to abide by the rules and regulations given by the club, as per the last season changes due to the current situation such as allowing only 9 people per boat including the skipper ( it can be 7 nationals and 2 residents of the country) while the weight of the boat will be open.