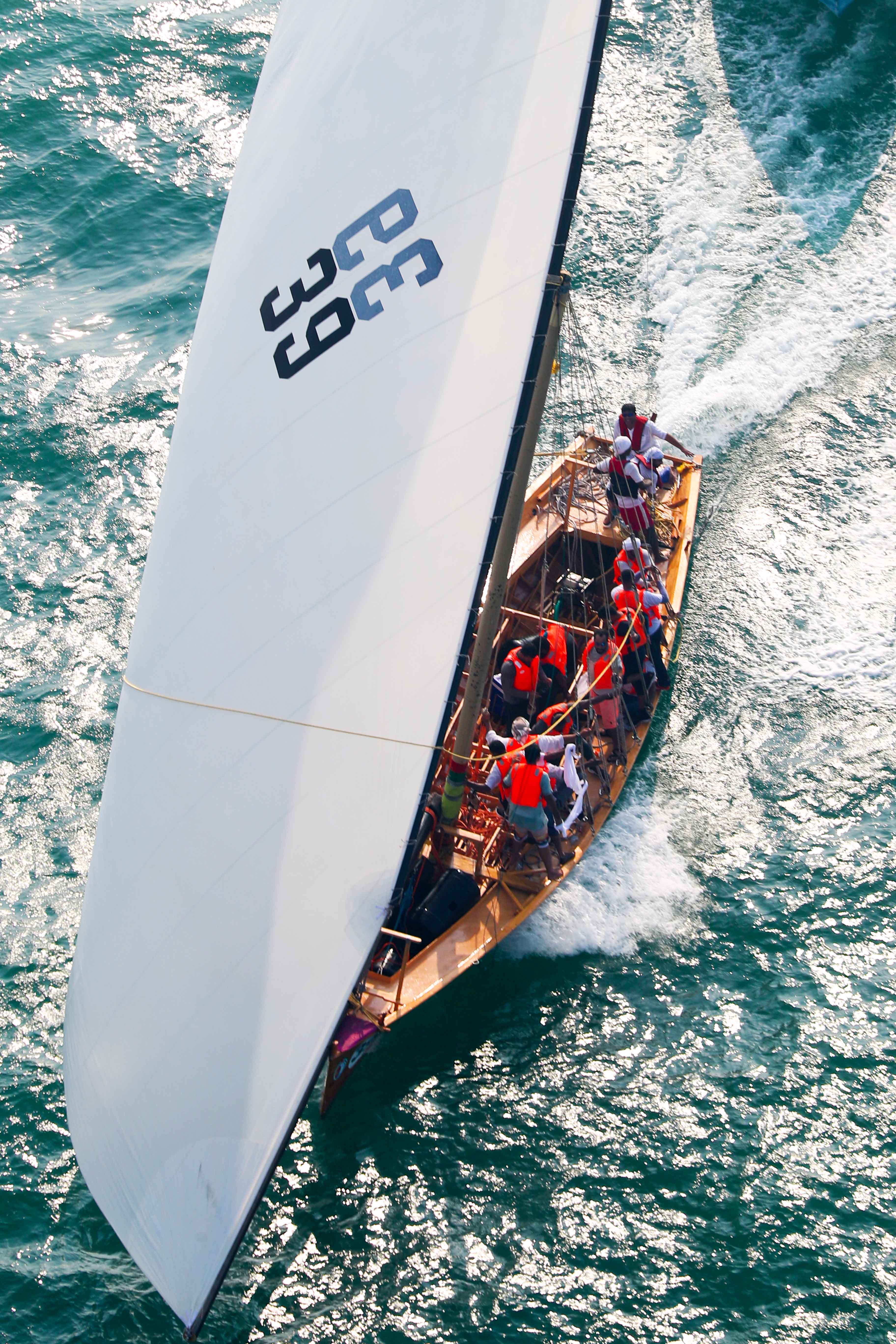 Registration open for the second round of the 43ft Dhow Race

The organizing committee at Dubai International Marine Club had announced that the registration is now open to participate in the second of the 43ft Dubai Traditional Dhow Sailing Race which is organize by the club on Saturday (21 September ) within the new season 2019-2020.

In line with the upcoming race the participants will need to complete the registration process at the club headquarter or thru link that was sent via SMS  until Thursday and later to be announced the entry list.

The round two of the 43ft Dubai Traditional Dhow Sailing Race will kick off on Saturday from Arabian Gulf water towards the finish line along Jumeirah Shore in which depends on the wind speed and direction.

It is worth mentioning that the Dubai International Marine Club had organized a large and successful inaugural event for the sports season 2019-2020 with the first round of 43ft Dubai Traditional Dhow Sailing Race participated by 79 boats that sails within a distance of 10 nautical miles. And crowned as the champion of the first round is boat no. 39 "Shaheen" owned by Mohammed bin Rashid Al Rumaithi and skippered by Khalifa Abid Thani Al Marri followed by boat no. 217  "Zilzal" and boat no. 230 "Barq".

Find out on Saturday who among them will win the round two of the 43ft Dubai Traditional Dhow Sailing Race.