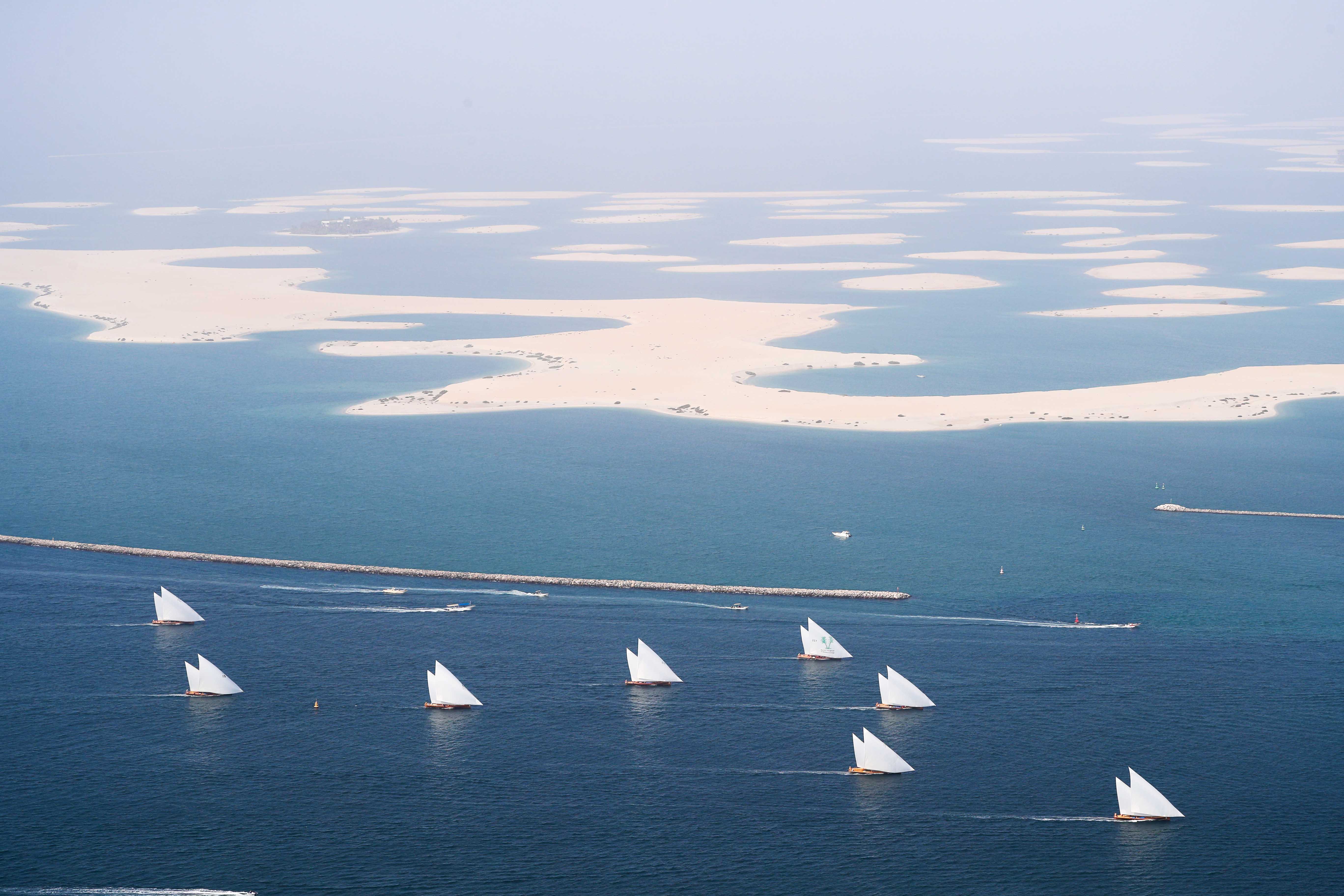 The organizing committee of the 60ft Dubai Traditional Dhow Sailing race - first round is now open for the owners and skippers wishing to participate in the race.

They confirmed that the registration for the race available thru link or thru completion of the usual procedure at the clubs headquarter in the working hours from tomorrow until Thursday the deadline for registration.

The organizing committee call the attention of the owners and sailors of participants of the  upcoming race to review the rules, conditions and instructions of participation in the race, which includes the procedures of standing properly in the starting line in order to identify them and help in the success of the upcoming race.

Hezaim Al Gemzi, the Director of Sports Department at Dubai International Marine Club, said that the organizing committee will work to prepare early for the start of the race and hold it on time in coordination with the partners from government departments and national institutions that are always working with the club to make all events successful, including the Dubai Police thru Coast Guard , the Dubai Civil Defense , Dubai Media Corporation that will broadcast the race live , Nakheel Group , Dubai Maritime City Authority and P&O Marinas.

He confirmed that the organizing committee is closely monitoring all the reports related to the sea and waves movement thru the daily reports from NCMS (National Center of Meteorology & Seismology) and all the concern about the state of the sea in order to have the race in the best conditions on Saturday. In case of any emergency the committee will notify all the partcipants thru SMS.

It is worth mentioning that DIMC has organized the 60ft Dubai Traditional Dhow Sailing Race last October which was the postponed round from the last season in which the race ended with the superiority of the boat no. 30 "Al Adeed" which is owned and skippered by  Mohammed Rashid Al-Rumaithi, in the second place was Zef Zef boat no. 59 and Rejam boat no. 18 for the third spot.

DIMC to hold the three races for the 60ft Dubai Traditional Dhow Sailing Race in which the first round is on Saturday , the second round on Saturday , the 21st of December while the third round will be on the 30th Al Gaffal Race

DIMC launched the 60ft Dubai Traditional Dhow Sailing Race in May 1993 in line with the directives of His Highness Sheikh Hamdan bin Rashid Al Maktoum, Deputy Ruler of Dubai and Minister of Finance, in conjunction with the third edition of the 3rd Qafal Race in 1993.

And winning the said competition is the boat no. 36 "Mansour" followed by Al Khayay boat no. 44 and on the third spot is boat no. 63 "Kahhal"