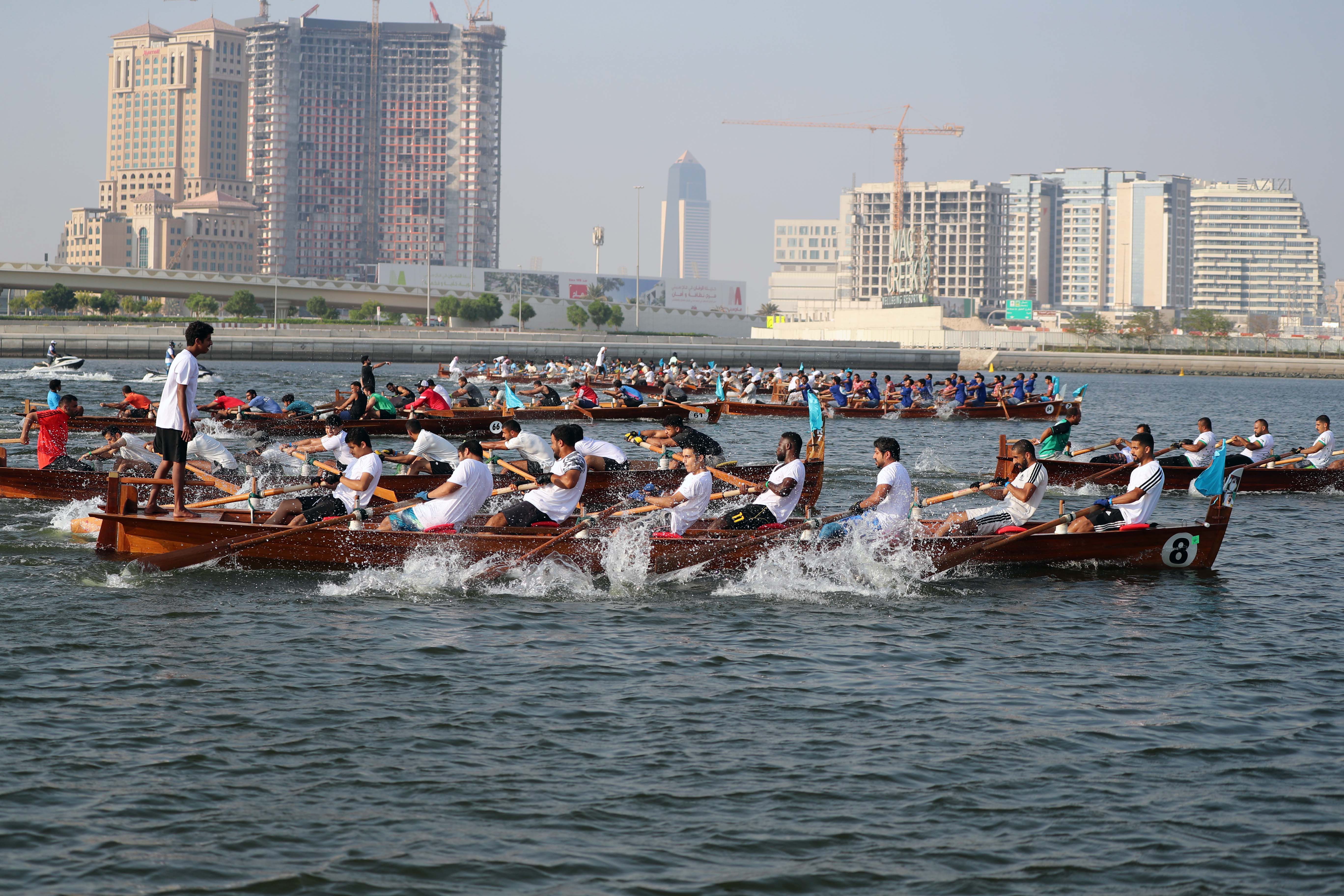 Second Round of Traditional Rowing Race on Saturday at Dubai Canal

DIMC will organize the second and final round of the Dubai Traditional Rowing Race - 30ft on Saturday at the waters of Dubai Canal in the Al Jaddaf area under the sports season 2021-2022.

The organizing committee has chosen the Dubai Water Canal to host the great race with a distance of 2.3 KM which will be held opposite of the Ras Al Khor Wildlife Sanctuary and along the Al Jaddaf walkway.

The club announced the opening of the registration for those who would like to participate wherein it is expected to gather around 40 elite boats prior to the closing registration until 2:00 PM on Thursday.

Looking back, DIMC organized the first round of the race in mid-October wherein we witnessed the victory of Ajman (60) owned by His Highness Sheikh Ammar bin Humaid Al Nuaimi, Crown Prince of Ajman, and led by Juma Yousef Al Junaibi, topped the first half of the opening round of the Dubai Traditional Rowing Race last Saturday at Al Jaddaf. While on the second half the Bahraini team dominates the race with KHK 54 owned by Sheikh Khalid bin Hamad Al Khalifa and led by the captain Ahmed Bin Nasser Bin Hassan Al Busumait.