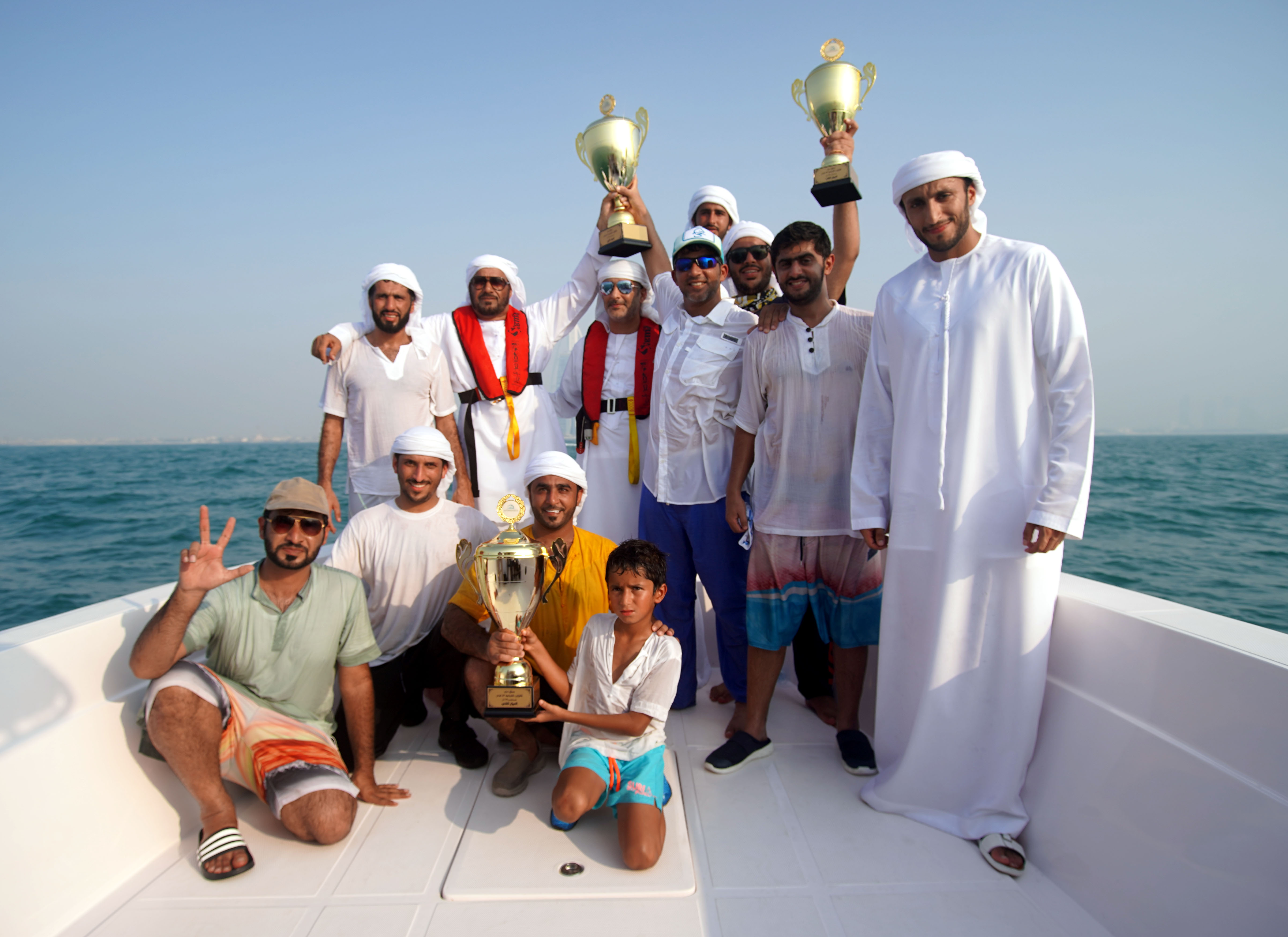 Shaheen boat no. 39 which is owned by Mohammed bin Rashid Al Rumaithi and skippered by Khalifa Abid Thani Al Marri won the first round of the 43ft Dubai Traditional Dhow Sailing Race which is organized by Dubai International Marine Club (DIMC) under the opening of the new season 2019-2020.

In the first raced held last Saturday, we saw a participation of 79 boats carrying 1200 sailors which sails in the Arabian Guld towards the finish line near the iconic Burj Al Arab with a race distance of around 10 nautical miles.

The good condition of the wind speeds reaching 13 knots has helped a lot the sailors to sail towards the finish line. There are some boats that was not able to participate due to the capsize in the wrong start then after they lined up again to successfully start. All went smooth as the first boat Shaheen arrived in the finish line at around 41 minutes.

The successful boat was captained by Khalifa Abid Thani Al Marri which lead the boat Shaheen to take over their first win of the season which followed by the boat Zilzal no. “217” owned by His Highness Sheikh Zayed Bin Hamdan Bin Zayed Al Nahyan skippered by Mohammed Abdulla Mohammed Al Marzouqi. Taking over the third spot is the boat Barq nojabu. “230” owned by Mohammed Jabir Al Hammadi and led by Jabir Mohammed Jabir Al Hammadi , who had dominated the early stage of the race but got sweep away by the boat no. 39 in the towards the finish line.

Right after the race is the awarding ceremony for the top three winners which is held on shore in front of Burj Al Arab lead by the DIMC CEO and Board Member , Mohammed Harib and the Director of the Director of Sports Department at DIMC, Hezaim Al Gemzi to hand over the trophy to the winners.