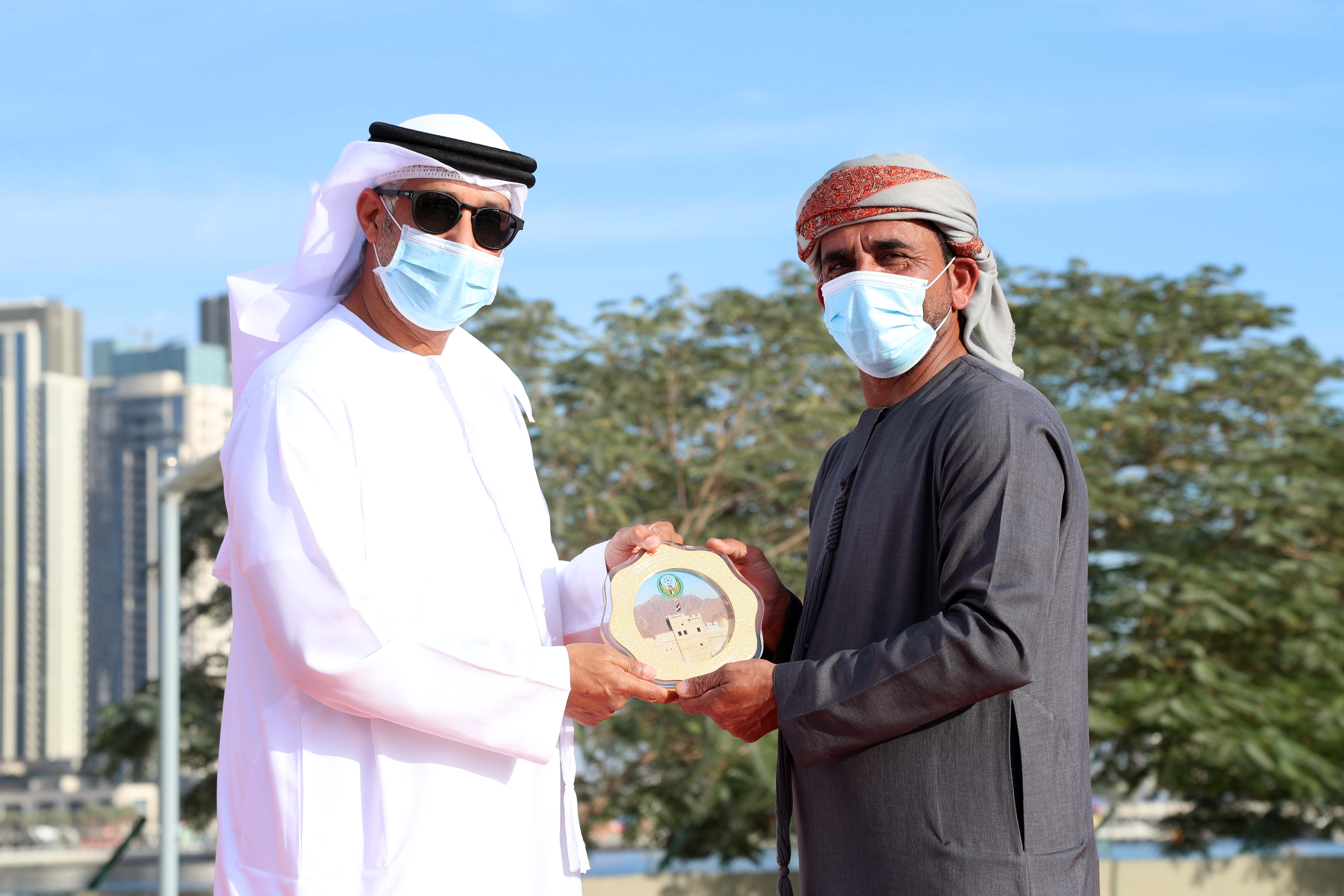 The Dubai International Marine Sports Club received a commemorative shield from the General Command of Fujairah Police in recognition of its efforts to develop marine sports over more than three decades since its establishment in 1988.

Mohammed Hareb, CEO of the Dubai International Marine Club, received the honorary shield from Lt. Yousef bin Abbad Al Shehhi, Director of the Fujairah Team in Traditional Rowing Boat- 30ft, during the closing ceremony of the Al Maktoum Cup, the most expensive traditional rowing race in the championships, which was held last Saturday at the Al Jaddaf in Dubai Water Canal.

Lieutenant Yousef bin Abbad Al Shehhi, Director of the Fujairah Team in Traditional Rowing Boat- 30ft, said that this honor comes in recognition of the club's continuous efforts to develop marine sports and under the directives of His Excellency Major General Mohammed Ahmed bin Ghanim, Commander-in-Chief of Fujairah Police, who provides full support to the rowing team in all its local participation whether in the Dubai Championships or the Police Sports Federation Competitions.

Mohammed Hareb, the Executive Director of the Dubai International Marine Club, expressed his happiness with the initiative of the Fujairah Police General Command to establish the rowing team, which was a great addition to the rounds of the Dubai Traditional Rowing Race  - 30ft championship which gather for the first time the police leaders in the country from the Abu Dhabi , Dubai and Fujairah that contributed a lot to the success of the events this season.