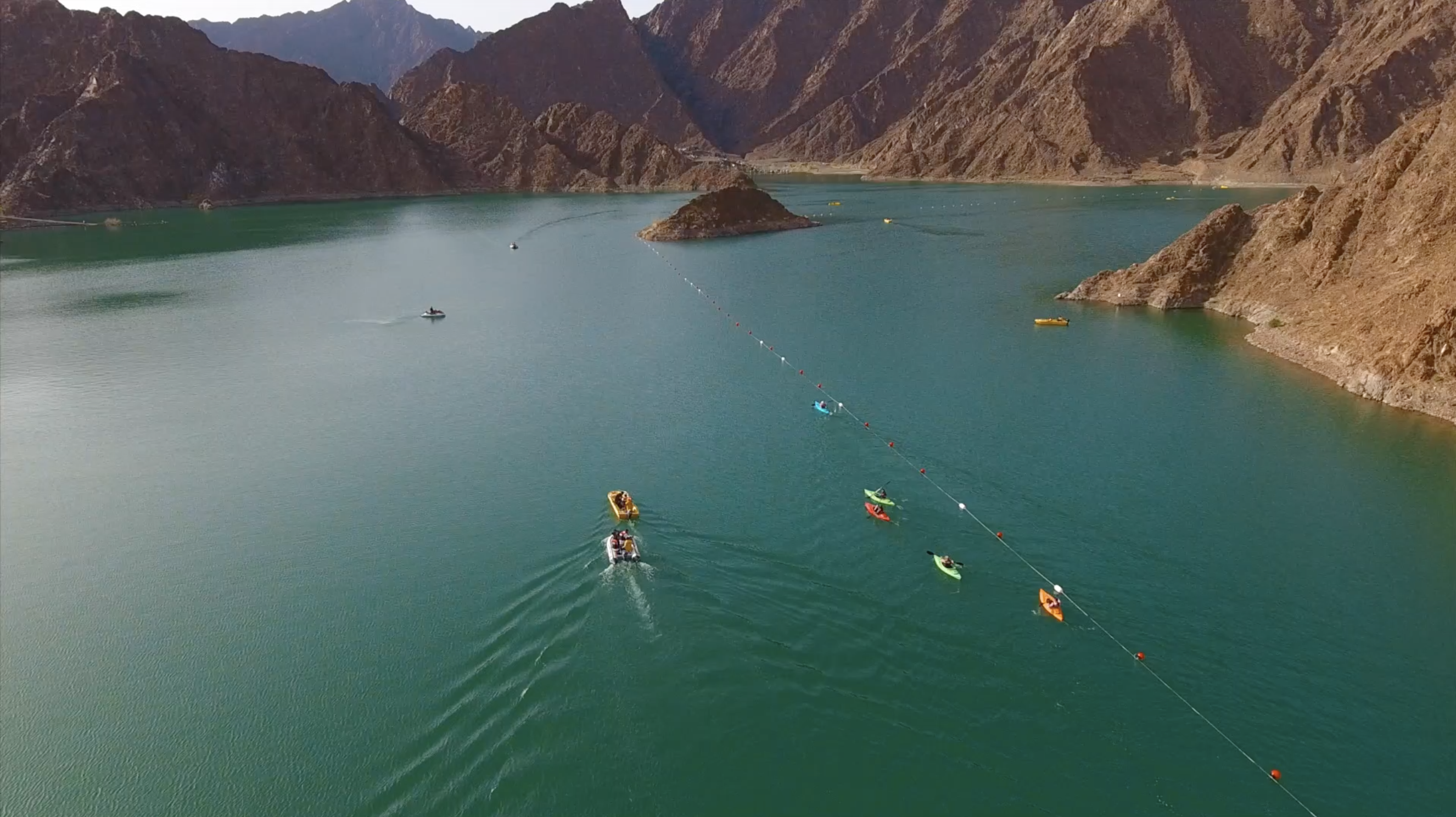 Standup Paddling Race Competes in Hatta for the first time

The Dubai International Marine Club will organize on Friday the Dubai Stand Up Paddling Race (We Paddle for Hatta) for the first time in Hatta Dam Lake. The event is in cooperation with the Dubai Sports Council and in coordination with Hatta Adventure, Hatta Kayak, Emirates SUP and Surf Committee.

The organization of the said event comes within the club new season 2020-2021 and as part of the continuous cooperation between the Dubai Sports Council which prepared various sporting and community event for men and women in the Hatta Region in cooperation with Hatta Adventure Company that began last 23rd of October and will continue until the 8th of January next year. It’s expected that the great participation and interaction from the various sector of the society will attracts attention in the picturesque view of Hatta Dam Lake wherein the participants will compete for the Stand Up Paddling Race.

The club announced last Thursday the opening of the registration to participate in the "We Paddle for Hatta" event thru the club official website and as per the event timetable it will start at 2:00 PM. The participants are expected to complete the registration procedure and attend the briefing prior to the start of the competition.

The Hatta Dam Lake will witness a huge competition between three categories such as for men, women and junior (from ages 12 to 16 years old). The participation for the event is open to all, to give opportunity to the community to enhance and highlights new talents in this stunning location. The organizing committee reminded the participants to bring their own board and the Kayak to be provided by Hatta Kayak.

Mohammed Hareb , the CEO of the Dubai International Marine Club welcomed all the participants in this big event which will be held for the first time in Hatta Dam Lake which is a famous spot for kayak and rowing and other watersports.

He thanked the Dubai Sports Council , the Hatta Adventure, Hatta Kaya for the great cooperation in accomplishing a major event that included in the list of community sporting event that the Council will organize from this month until January next year.

Mohammed Hareb said that the StandUp Paddling Race begun to take place on the marine sports calendar of the club during the Dubai Watersports Summer Week which was held in Kite Beach last June which became popular due to the large number of participations and for the second event was held last August in the Burj Khalifa Water Lake in front of the famous dancing water.

The Dubai International Marine Club was happy and excited to organize the Dubai StandUp Paddling Race (We Paddle for Hatta) for the first of kinds in the Hatta Dam Lake with a stunning view of the Hatta area. The club aims to widespread the concept of the watersports and its activities in the emirates one of tourist attraction.