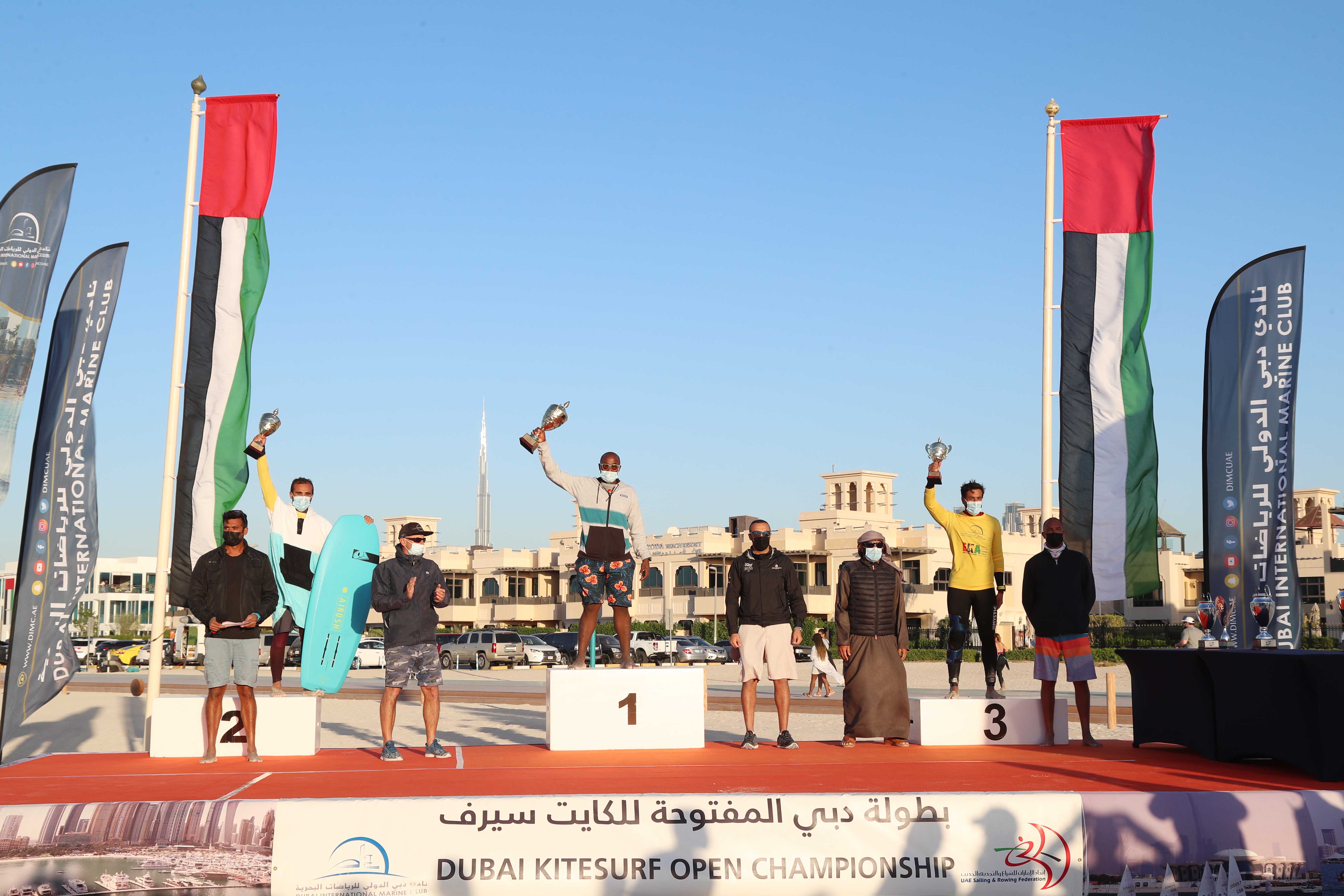 Participants no. 100 Suhail Al Marri take the top spot in the closing day of the Dubai Kitesurf Open which is organized by Dubai International Marine Club as part of the marine sports season 2020-2021 that happened two days at Nessnass Beach.

The competition is organized by the club for the fourth consecutive season in cooperation with Emirates Kiteboarding Association in which for the first time in the season will have three rounds. The race achieved a great success with the participation of 100 competitors representing 30 countries around the world from amateur to professional and among them are the UAE stars and tourist that visit teh countries to enjoy one of the coolest winter in the world.

Ahmed Dhahi Al Mehairbi succeed in winning the category of Twin Tip competitions on the first day (Friday) up against Suhail Al Marri and Khalid Beljaflah on the third position.

In the closing day we witnessed the rising champion Abdulla Al Muhairbi getting the second place against the champion for Junior Category in Hydrofoil Gabriel Kasas from Lebanon confirming his distinct performance in the season by winning all the three categories (Freestyle, Hydrofoil and Twin Tip) for the first round of the Dubai Kitesurf Open.

The Dubai Kitesurf Open fourth edition became remarkable with the presence of the prominent star in the world continent where he was crowned champion of Hydrofoil in Men category the contestant no. 1 from Slovenia Toni Vodise who visit Dubai to participate in the event.

He as ahead among the participants in the men category followed by the Bulgarian Havdar Aleksawdrov who took the second spot and Clive Parson from Africa taking the third spot.

In the women's category of the competitions, the French contestant Derrien Clemence took the first place in the Womens Category in Hydrofoil up against Paula Mihalova from Czech in the second spot and Angelique Barbier from France in the third spot.

The final day of the Dubain Kitesurf Open was attended by the Secretary General of the Dubai Sports Council , Saeed Hareb and Hazeem Al Gemzi the Director of Sports Department at DIMC who crowned the winner in to three places of each categories.

Winner of the First Round