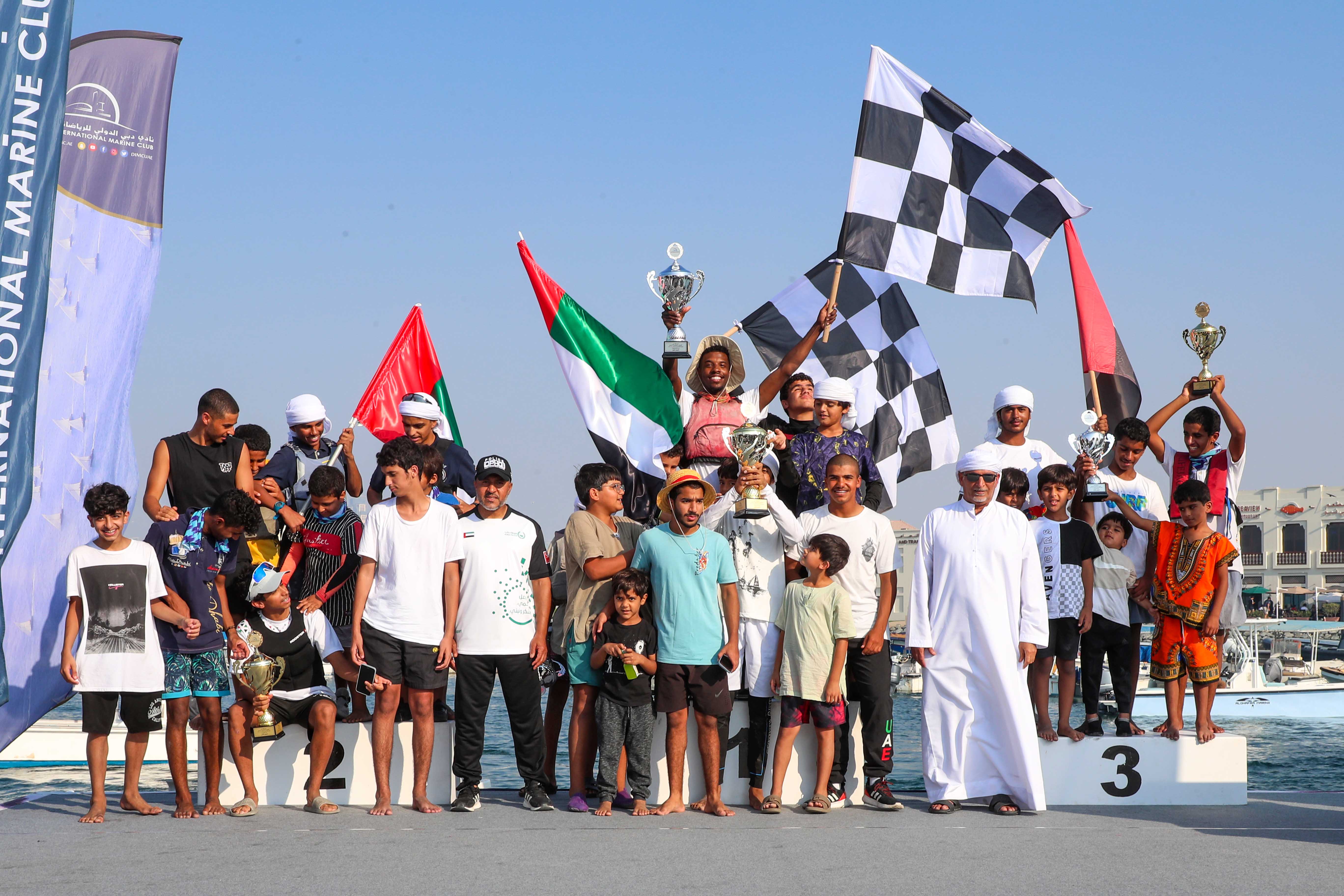 Toufan 21 owned by Ahmed Ismail Al Marzouki and skippered by Zayed Sultan Al Dhaheri was crowned as champion of the Dubai Traditional Dhow Sailing Race (22ft) - Junior Category,  the third and final round for the 2022-2023 championship which was held in conjunction with the 51st UAE National Day.

The race was successfully organized by Dubai International Marine Club last Saturday, with 150 sailors onboard on 36 boats divided into two categories: Junior and Youth.

The crew of Toufan 21 shows their sailing skill and strength that led them to the finish line first without doing any shift of sails beating all other juniors that arrived after them in which is boat no. 81 owned by Nahyan Ibrahim AL Hammadi led by Mohammad Marwan Al Marzouqi took the second position while boat no. 90 Al Reem owned by Abdullah Sultan Al Marzouqi and skippered by Sultan Mohammad Al Marzouqi.

The crew of boat no, 32 Sultan Al Khair won second place in overall and first in the youth category followed by boat no. 135 Rabdan owned by Mohammed Abdullah Saif Al Marrar, while in the third place went to Mefarej 131 owned by Ibrahim Saleh Al Hammadi,

Right after the race, the awarding ceremony for the top three winners of each category was held by Lt. Col. Ali Abdullah Al Naqbi, the Head of the Maritime Rescue Department at Dubai Police with him is Mohammed Al Marri , the acting Director of Sports Affair who congratulated & thanked all the participants for their support on the race.