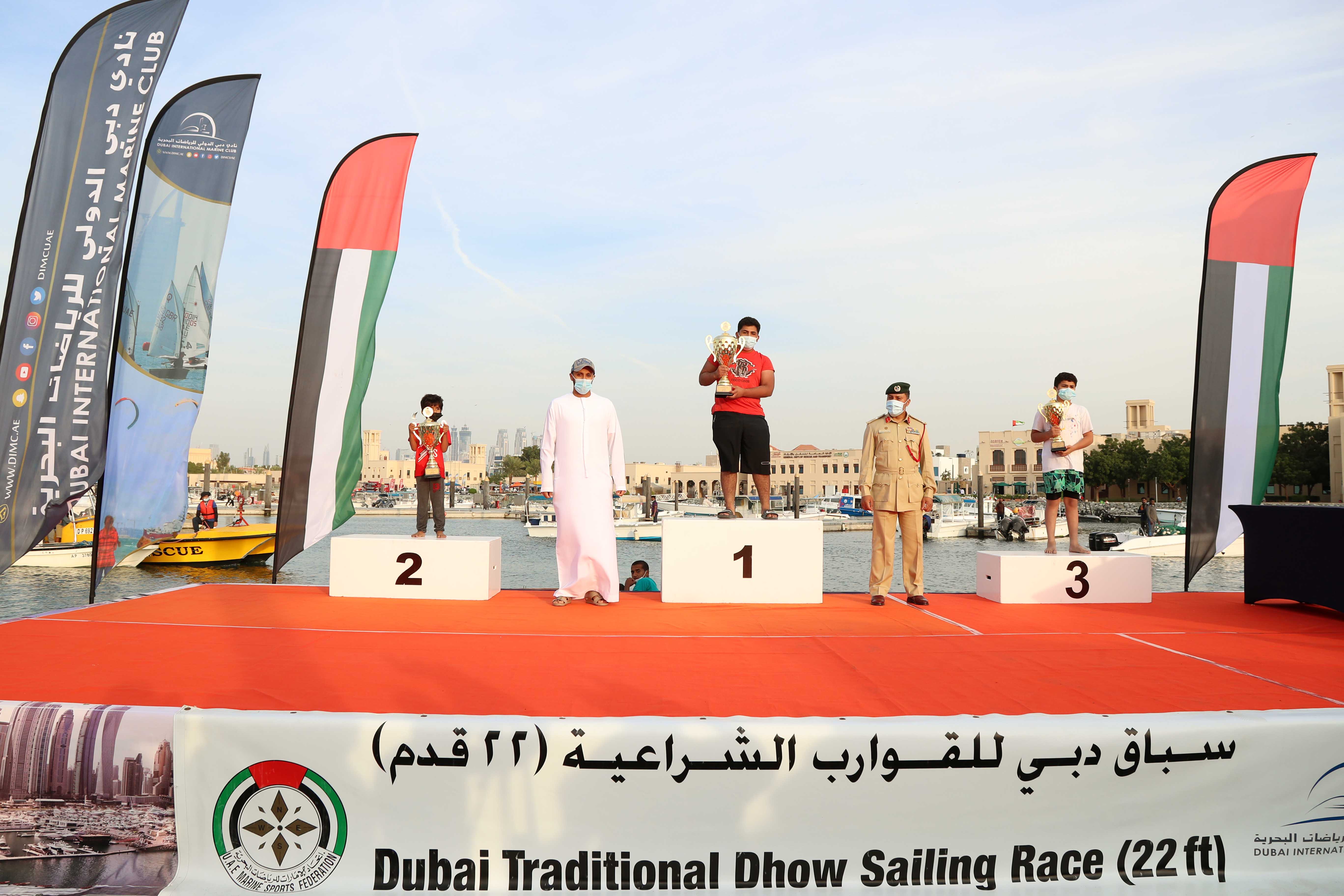 The crew of the boat no. 21 Toofan owned by Ahmad Al Marzouqi led by the skipper Zayed Sultan Al Dhaheri took the spotlight in the second and final round of the 22ft Dubai Traditional Dhow Sailing Race which was held yesterday (Friday) at the Jumeirah beach. 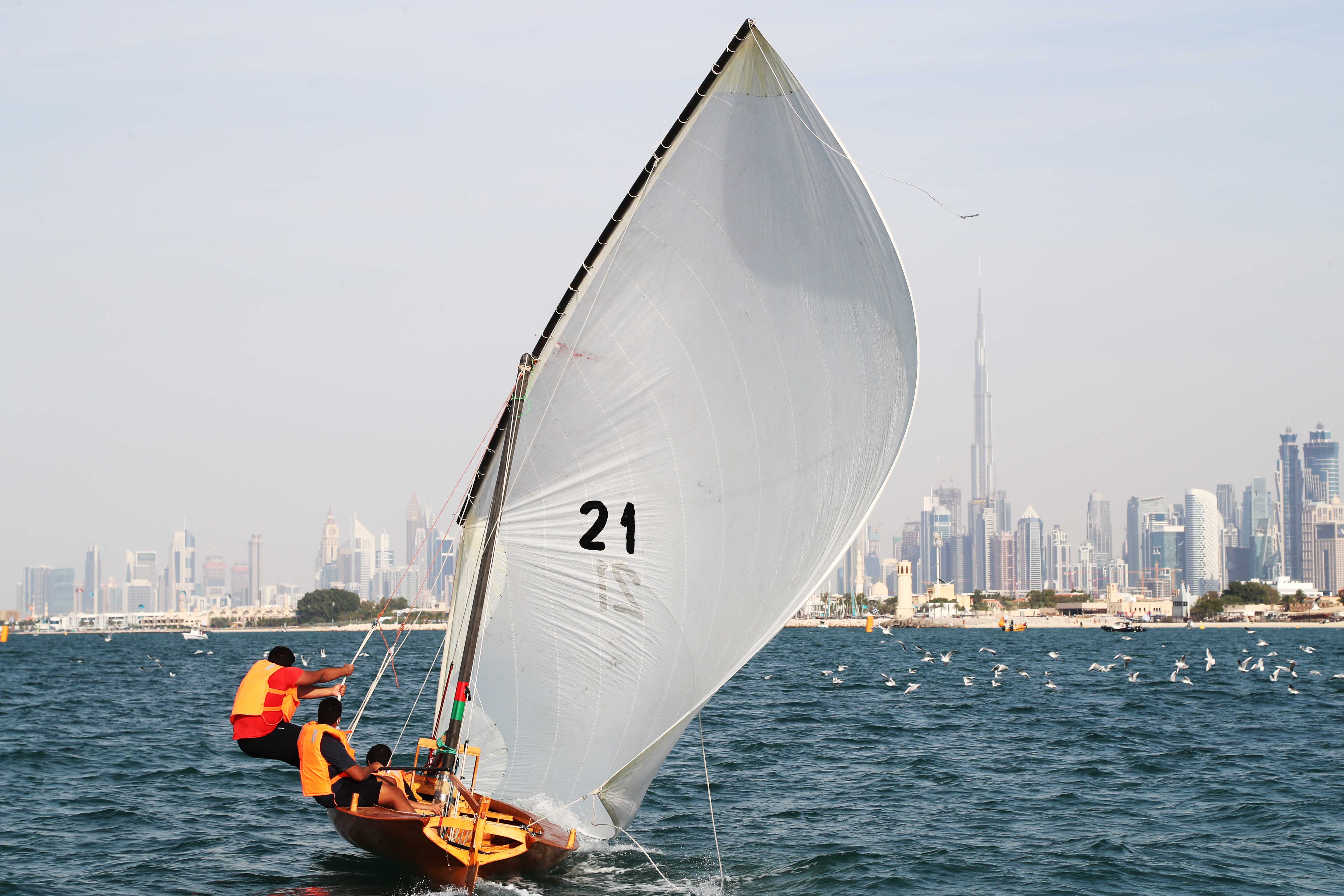 The event was organized by Dubai International Marine Club which witnessed a participation of more than 20 boats who competed for the first place in the youth and junior category of the 22ft Dhow Sailing Race. All the boat lined up in front of The Palm waterfront in between the World Island where the green flag raised and the boat sailed towards 5 nautical miles off to the finish line at Jumeirah 4 Harbour.

Toofan 21 succeed in catching 2 win in one race wherein they lead the overall standing for the junior category and taking the first place in 22ft Dhow Race round 2 ahead of all the boats that participate in the said event . The participating crew use their sailing skills to sail toward the finish line wherein some of them arrive late despite lead in the first stage.

The hero of the first race that took place last October , the  boat 118 Eklaa took the second spot in the overall standing and lead the youth category, a boat owned by Saif Ebrahim Hassan Al Marzouqi and led by Ahmad Younus Abdulla Al Hammadi. 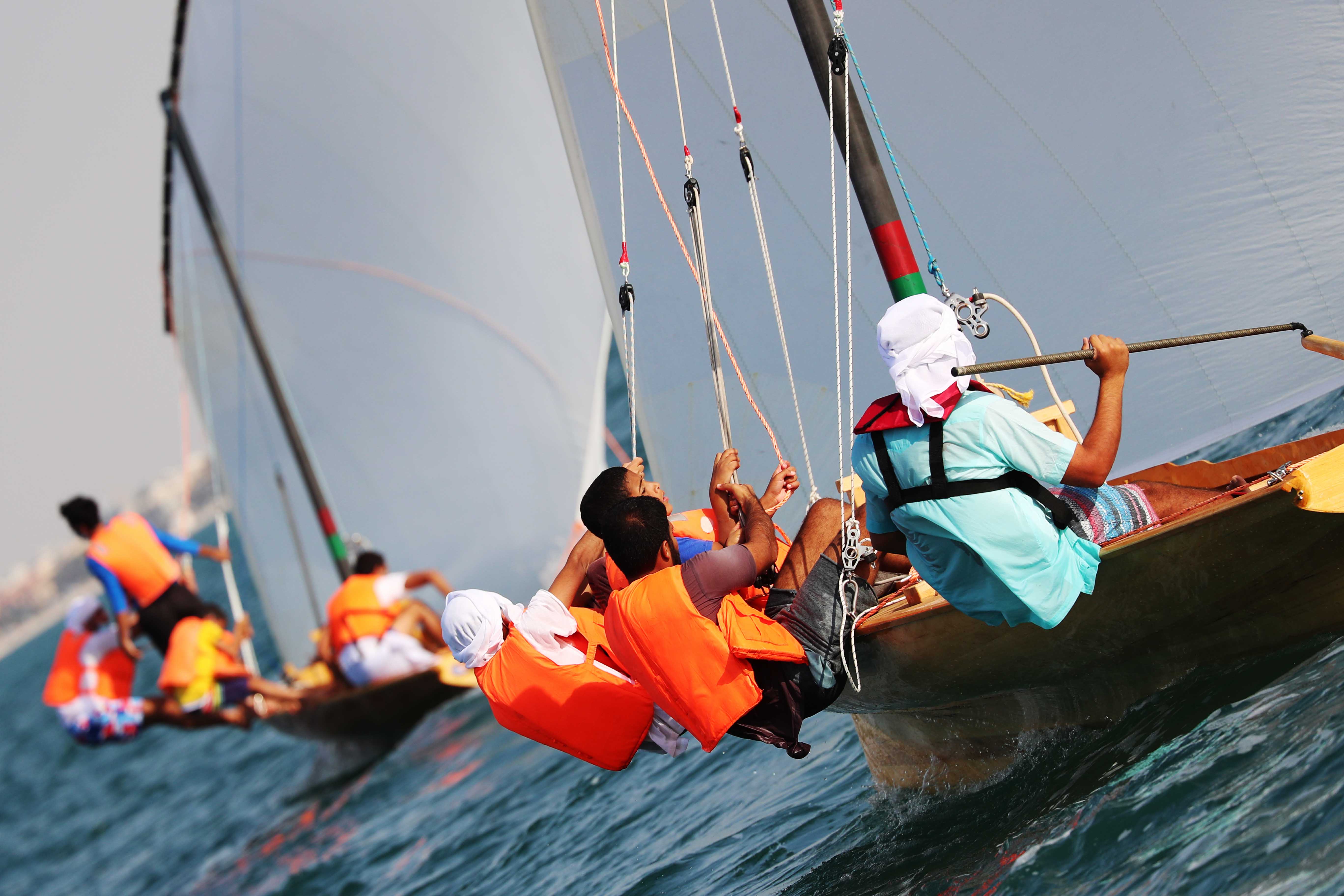 The rest of the lead are the boat no. 40 Al Zeeb who took the fift position led by Abdulla Tariq Al Housni up against the boat no. 9 Mefarej  led by Ibrahim Saleh Al Hammadi on sixth place , followed by boat no. 18 Dahes on the seventh position skippered by Abdulrahman Abdulla Al Marzouqi and on the eighth position is boat no. 85 Barq led by Hamza Al Ali.

The race was held for the 22ft Traditional Dhow Sailing Race last Friday which we witnessed the awarding of the top placers for the junior and youth category right after the race led by the presence of Hazeem Al Gemzi the Race Director and Lt. Col. Ali Abdulla Al Naqbi Head of the Maritime and Rescue Department at Dubai Police.