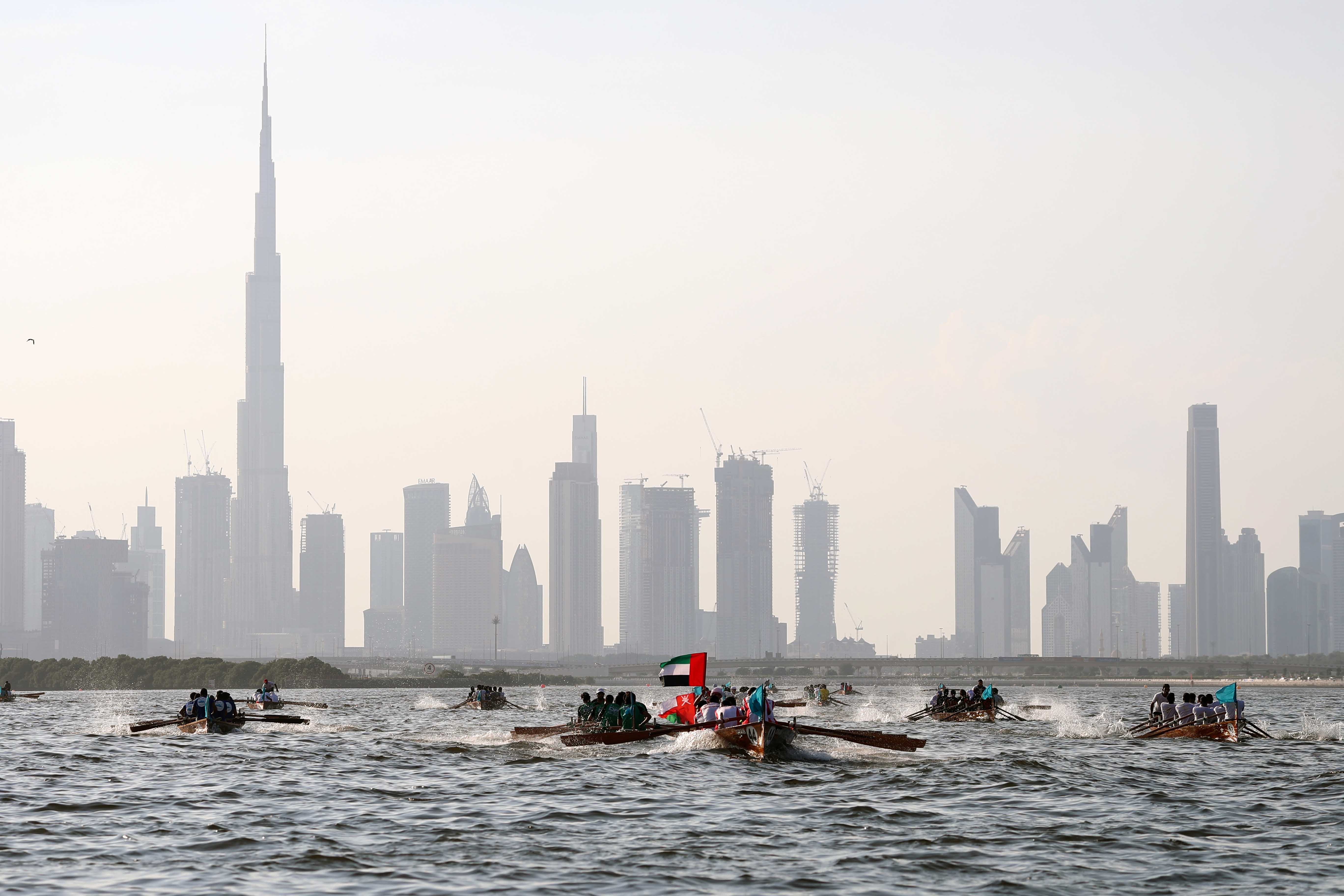 Dubai International Marine Club(DIMC) will organize the first round of the Dubai Traditional Rowing Race - 30ft on Saturday under the marine sports season 2021-2022.

The new season was launched with great success last Friday with the first round of the 22ft Dubai Traditional Dhow Sailing Race with the participation of 35 boats.

The 30ft Dubai Traditional Dhow Sailing Race is one of the oldest competitions organized by the club since 1996-1997 seasons and inspired by the vision of the late Sheikh Hamdan bin Rashid Al Maktoum in order to revive the legacy of the forefathers.

DIMC has chosen the Dubai Water Canal to host the great race which will be held opposite of the Ras Al Khor Wildlife Sanctuary and along the Al Jaddaf walkway.

The DIMC launched the Dubai Traditional Rowing Race – 30ft for the first time on the 7th of March 1997 with the participation of 15 boats.