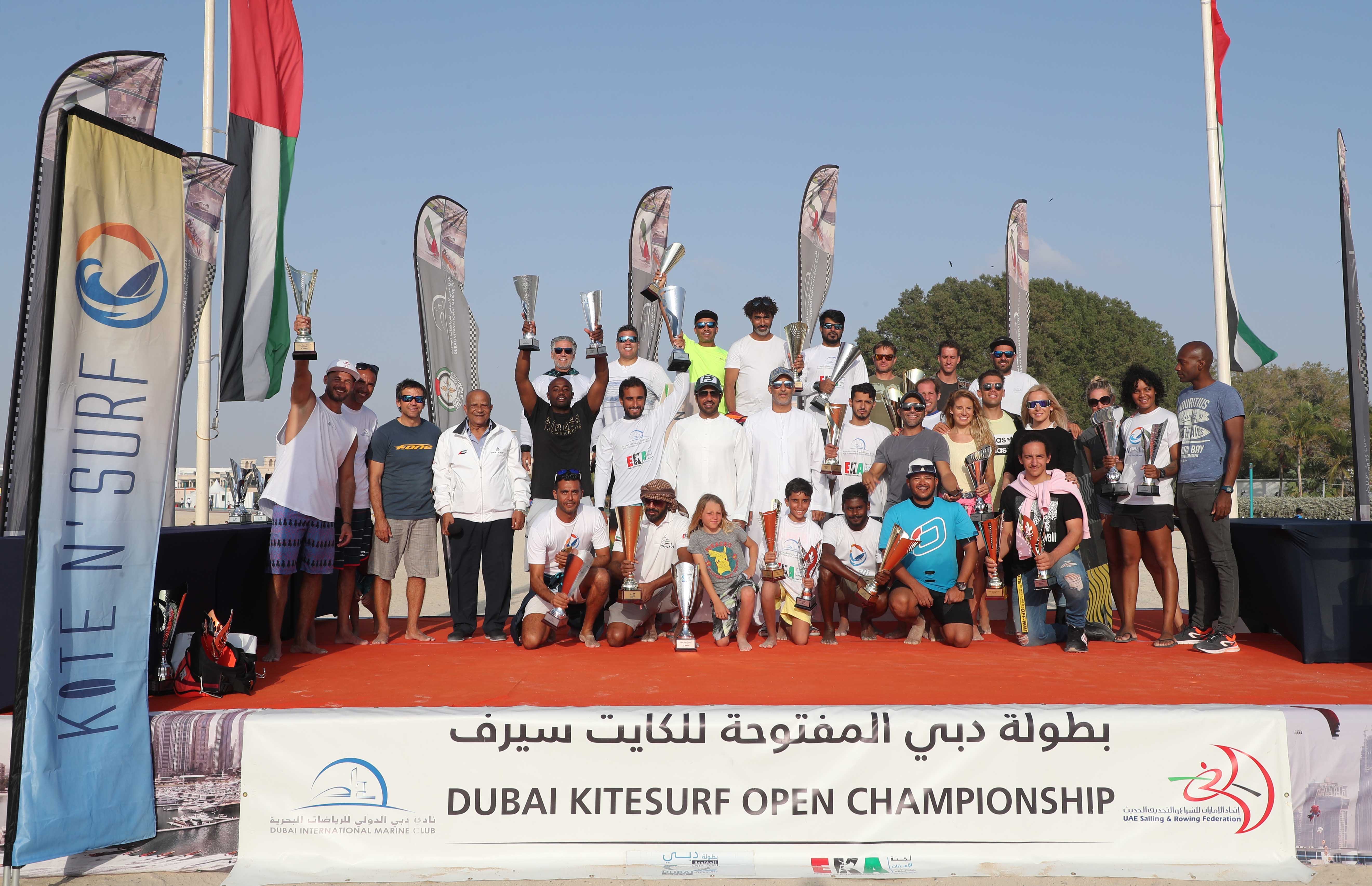 The stars of our national team achieved outstanding results in the competitions of the Dubai Kitesurf  Open - Heat 2 which was organized by Dubai International Marine Sports Club over two days within the calendar of marine races in the sports season 2019-2020.

The competitions were held in cooperation with the Emirates Committee for Kite Surf and Surfing (EKA) Emirates Kiteboarding Association headed by Sheikh Ahmed bin Hamdan Al Nahyan, who was keen to follow the phases of the second day accompanied by Mohammed Abdullah Harib, CEO of DIMC and Hezaim Al Gemzi, the Director of Sports Department, where he met the participants and provided then moral support to do great in the race.

The Dubai Kitesurf Open witnessed a great turnout of participation of more than 50 competitors from 19 countries such as : Britain, Spain, France, Australia, Austria, South Africa, Moldavia, Poland, Germany, Canada, Italy, Bulgaria, Palestine, Lebanon, Morocco, Egypt, Sri Lanka, Mauritius and Kenya in addition to the stars of our national team where they compete in Freestyle , Twin Tip and Hydrofoil divided into categories such as for Local, Men, Women, Junior.