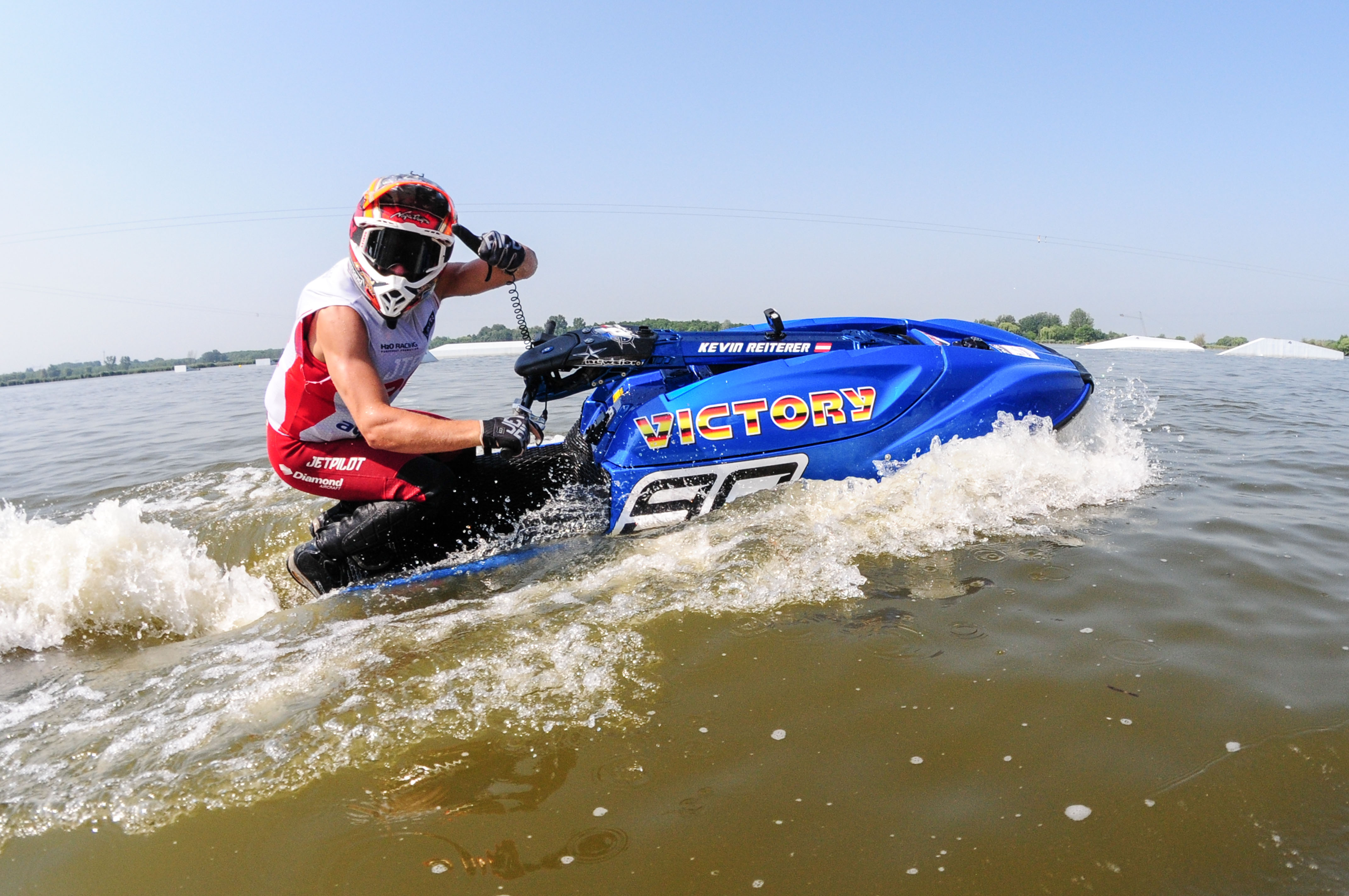 Dubai, 12th September 2021: The Dubai International Marine Club (DIMC) confirms the participation of the Victory Team in the Aquabike World Championship, which is set to come back in few days after a hiatus due to the global suspension of the events caused by the pandemic Coronavirus.

The new step taken by Dubai International Marine Club follows the path of excellence and innovation toward success, aimed by the club since its establishment. In line with the approved Strategic Directions 2021-2027 by the Board of Directors headed by Ahmad Saeed bin Meshar, that includes a vision for strengthening the team position in International events and to discover Emirati talents in watersports.

According to Mohammed Harib, the CEO of Dubai International Marine Club, the Board of Directors is keen to implement those visions and decided to participate in the UIM-ABP Aquabike Class Pro World Championship which will begin its first round on 17-19th of this month in Olbia, Italy - Regione Sardegna - with the participation of the elite champions whom will meet for the first time since 2020.

Harib added that the club is pleased to announce the formation of Victory Team to compete in the World Championship with its rider, Salman Younis Al Awadhi, a titleholder of UAE International Aquabike Championship along with the defending champion, Kevin Reiterer.

He wishes the duo the best of luck in embarking on the new season of racing and to achieve more accolades for Victory Team excellence in water sports (Powerboat and Aquabike ).

It is worth noting that Victory Team dominates the Aquabike World Championship since 2018 thru the Austrian Champion Kevin Reiterer who succeeded in winning multiple titles in Ski Division GP1 that makes his way to the top of the World Ranking. The quest for the new title continues after the cancellation of the race in Kuwait in 2020 due to the Covid-19.

It’s going to be a remarkable season of World Championship for Victory Team to be represented by the duo Kevin Reiterer and Salman Younis Al Awadi who both excelled in this field with their impressive achievement.