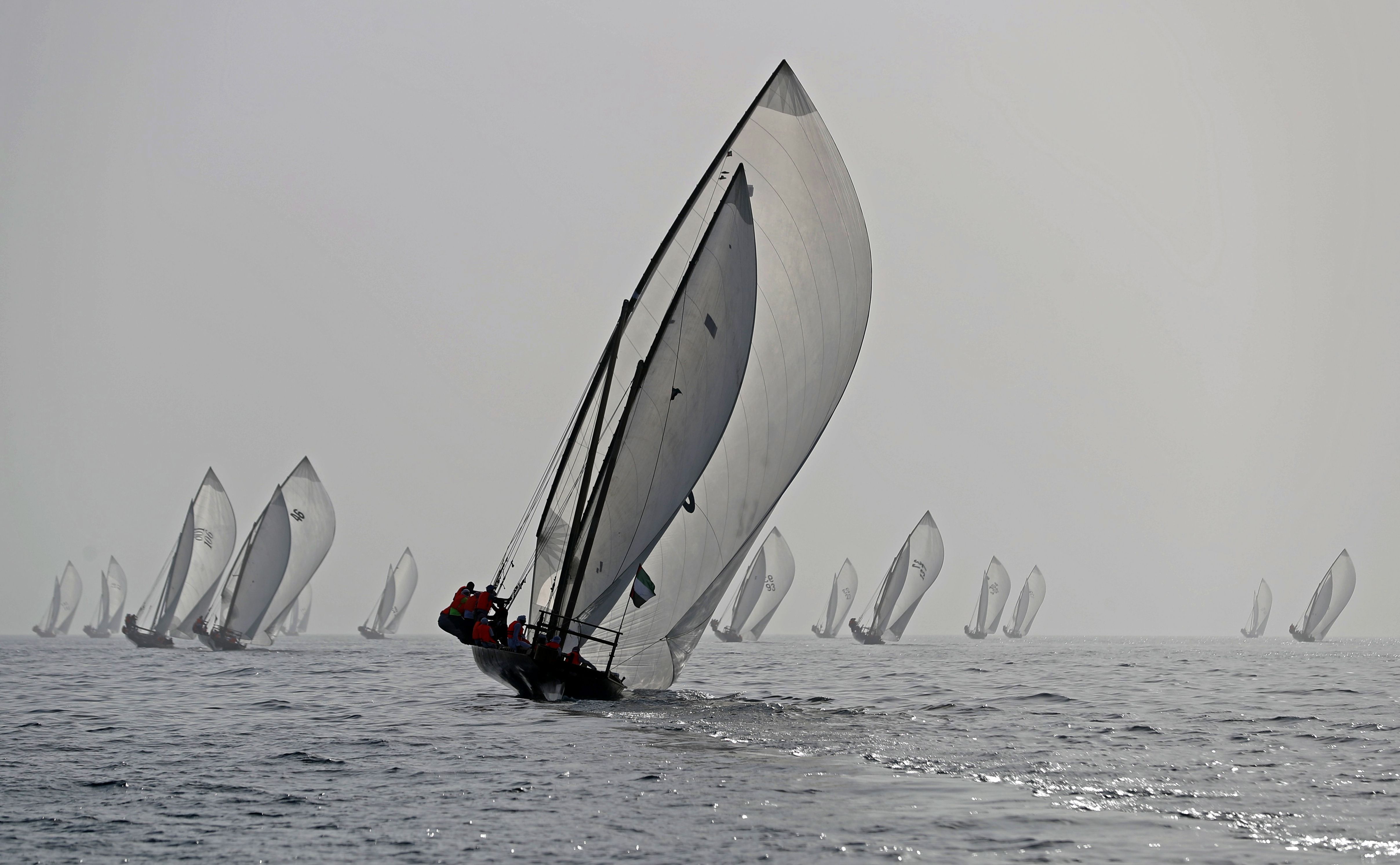 Weather postpones the start of the 29th Al Gaffal Race

In line with the directives of His Highness Sheikh Hamdan bin Rashid Al Maktoum, deputy ruler of Dubai and minister of finance, to ensure the highest standards of safety in the 29th Al Gaffal Race, the Organizing Committee has decided to postpone the start of the race due to the bad weather conditions according to the report of the National Center of Meteorology.

The organizing committee of the big race informed all the owner and sailors yesterday (Tuesday) to wait for further update when to move going to Sir Bu Na'air Island as part of the preparations prior to race day. The committee expect a clearer forecast on Friday .

Hezaim Al Gemzi, Director of Sports Department and the Race Director of the closing race, 29th Al Gaffal  said that thru the directives of His Highness Sheikh Hamdan bin Rashid Al Maktoum , Deputy Ruler of Dubai and UAE Minister of Finance the committee is working hard to establish the race in the best/suitable weather condition thus allowing them to decide to postpone the race start on Friday given that the weather in the Arabian Sea was rough which may cause danger to the participants in moving to the Island prior to the race as part of the preparations.

The committee notify all the participants to wait until Friday for the latest updates about the signal to go in the Sir Bu Na'air Island in order to establish the race in the best condition to achieve its success.

The Director of Sports Dept., Hezaim also said that the commitee keeps following up the weather forecast from the National Center of Meteorology especially the sea state and wind speed in the coming days. He reminded that the participants have until today to complete the registration prior to the releasing of the entry list prior to the race.

The Organizing Committee of the 29th Al Gaffal Race put up an Al Gaffal Village in celebration of the closing race and to honor the coronation of the Great Heroes of the Race located in Umm Suqeim Open Beach near the iconic Burj Al Arab.

The organizing committee was keen to choose the location of this for the second year in a row which is near the finish line of the race and where they celebrate the arrival of the boat commemorating their parents, grand parents and siblings journey  in the Arabian Gulf way back to their livelyhood of pearl trading.

The tent includes the set up for the Dubai Media and Abu Dhabi Media and to cater the winners at the end of the race,

The large tent attached to the site opens today to public with a photo exhibit about the history of Dubai International Marine Club @dimcuaewhich was founded since 1988 which is the most prominent venue of competitions and international event in the field of water sports.

The exhibits also highlights the Al Gaffal Race which began since 1991 under the patronage of  HH Sheikh Hamdan Bin Rashid Al Maktoum , Deputy Ruler of Dubai and UAE Minister of Finance for the 43ft dhow sailing race prior to his idea of launching a 60ft dhow race from 1993 until the present time .

The Historical Photo Gallery is open to public and will be there until the end of the al gaffal race where the venue for the awarding ceremony will also conclude.

It is expected that the site will transformed into a lively celebration prior to the end of the race and waiting for the arrival of His Highness Sheikh Hamdan , the patron of the Al Gaffal Race to honor the owners and the sailors of the winning boats,