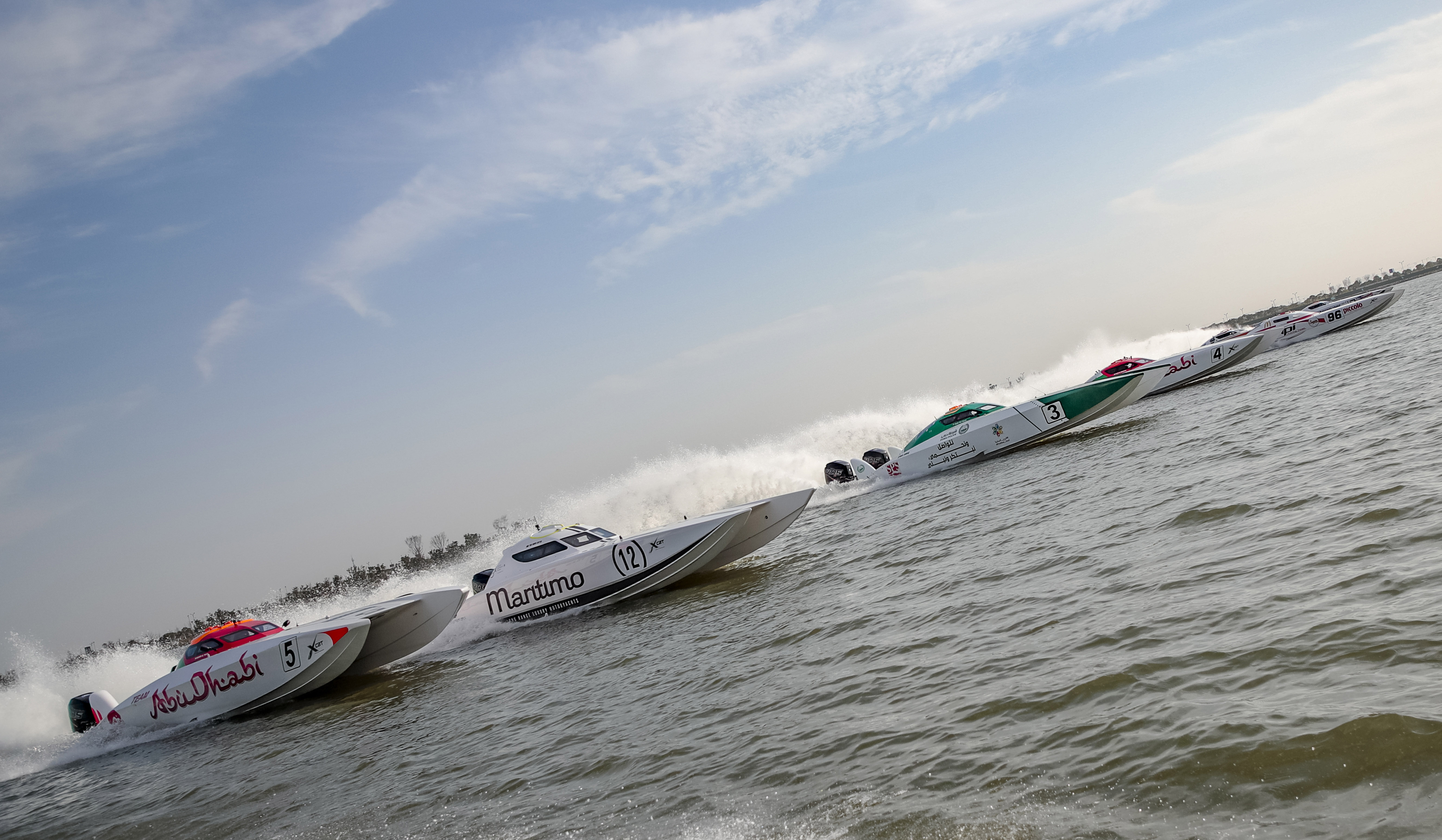 Under the support and patronage of His Highness Sheikh Mansoor bin Mohammed bin Rashid Al Maktoum, Chairman of the Dubai International Marine Club, the shores of Jumeirah in Dubai will witness on 12-14 December the launching of the Dubai Grand Prix of the UIM XCAT World Powerboat Championship 2019.

The organizing committee of the club has finalized all the arrangement and the needed requirement in coordination with the various government departments and national institution  to launch the event scheduled on 12-14 of December 2019 with the strong participation of the 19 boats from all around the world.

The organizing committee of the event revealed that the location for the said race will be in Jumeirah Beach behind the Sunset Mall which is previously hosted also the UAE Aquabike Championship and the Dubai Kitesurf Open.

Hezaim Al Gemzi the Director of Sports Department at DIMC said that the new venue for the XCAT World Powerboat Championship is supported and sponsored by HH Sheikh Mansour Bin Mohammed Bin Rashid Al Maktoum, Chairman of Dubai International Marine Club which inspired the club to make this event an important one next to the seas that hails exciting sports and gather sports enthusiast.

He explained that the new location is ideal and very distinctive as it represents one of the important destinations on Jumeirah Beach, which is packed with the crowd and fans of sports fitness in general as well as the privileged to see and follow the race up close thru the course track next to it.

He invited the public to follow this upcoming events and the important race that scheduled over the weekend on 13-14 December which is the final round for the season that add thrill and excitement to all the competing teams.