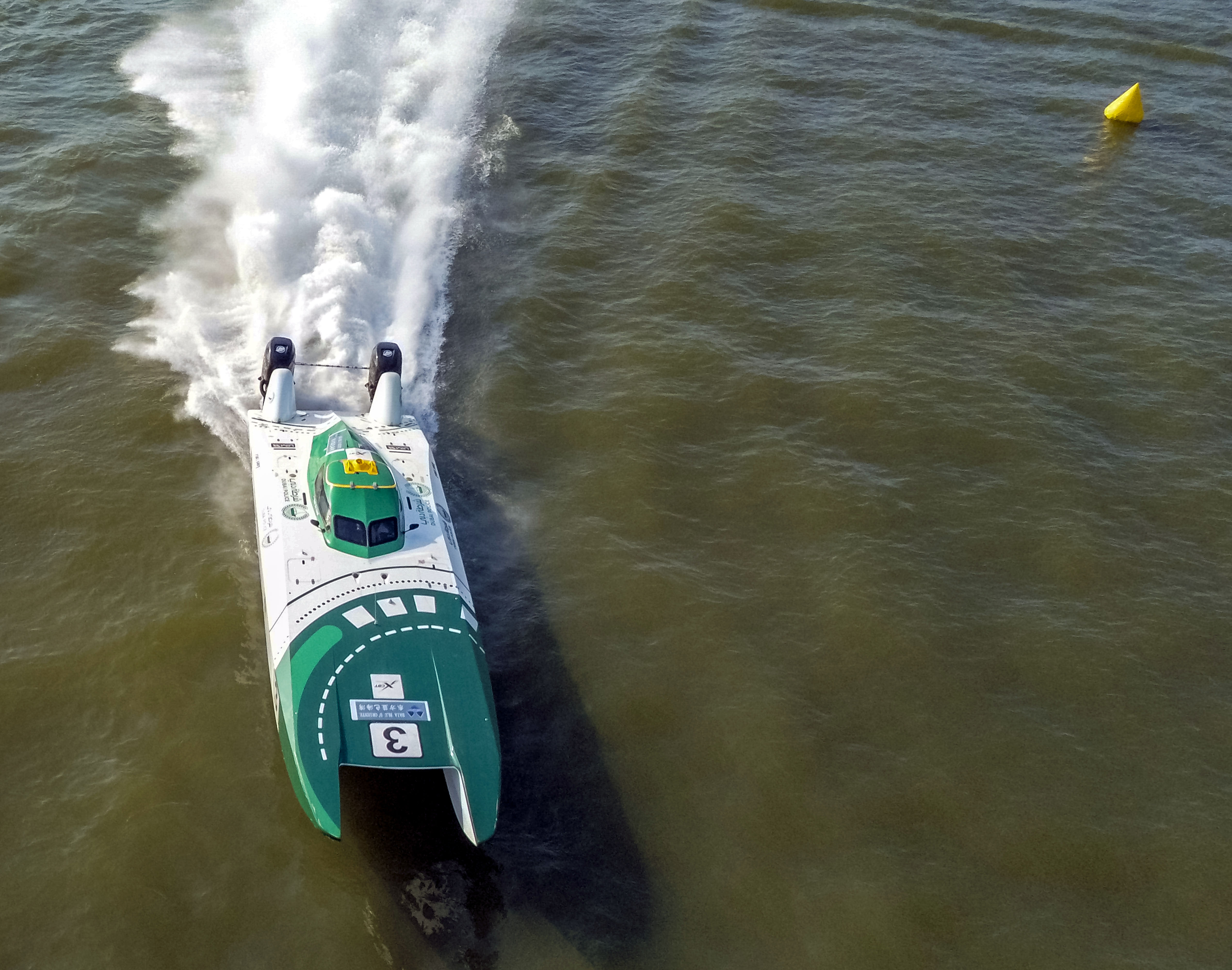 XCAT World Powerboat Championship Kicks off on Thursday in Jumeirah

Under the support and patronage of His Highness Sheikh Mansoor bin Mohammed bin Rashid Al Maktoum, President of the Dubai International Marine Club, the shores of Jumeirah in Dubai will witness on 12-14 December the third and final round of 2019 UIM XCAT World Powerboat Championship – Dubai Grand Prix.

The big event which will be held for the first time in the Jumeirah Beach (behind the Sunset Mall) is expected to catch the attention of the public since its nearby to the beach and the tourist port.

The committee has already started the set up for the full schedule of the race inline with this they have coordinated with the various local government departments and national institution in the emirates particularly the Dubai Municipality , Roads and Transportation Authority, Dubai Maritime City Authority and other entity.

The Dubai Grand Prix, will be the third and final round of the  2019 UIM XCAT World Powerboat Championship after its second round that took place last month in Shanghai, China. On Thursday the schedule will start with the Team official practice to test their boat engines.

On the second day (Friday) will be the battle for the Pole Position at around 9:00 AM and in the afternoon will be the start of the Dubai Grand Prix Race 1 at around 3:00 PM.

Then on the third day is the major event that everyone is waiting for that will start with the official practice at 10:00 AM and the Dubai Grand Prix Race 2 which is set at 3:00 PM that determine who among the team will be crowned as the champion of the Dubai Grand Prix.

The 2019 UIM XCAT World Powerboat Championship - Dubai Grand Prix Race 1 and Race 2 is set to kick off on Friday and Saturday at 15:00 HRS