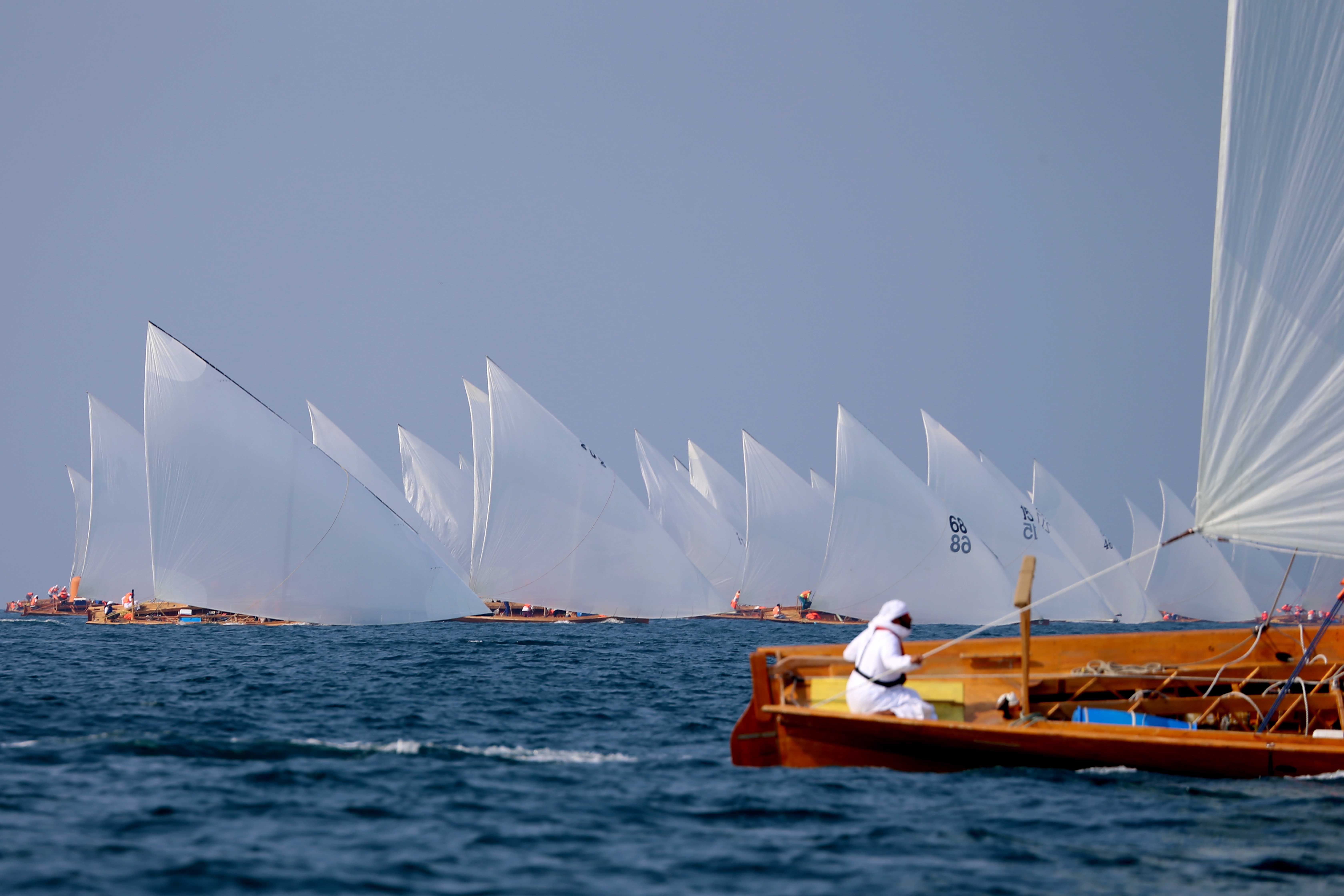 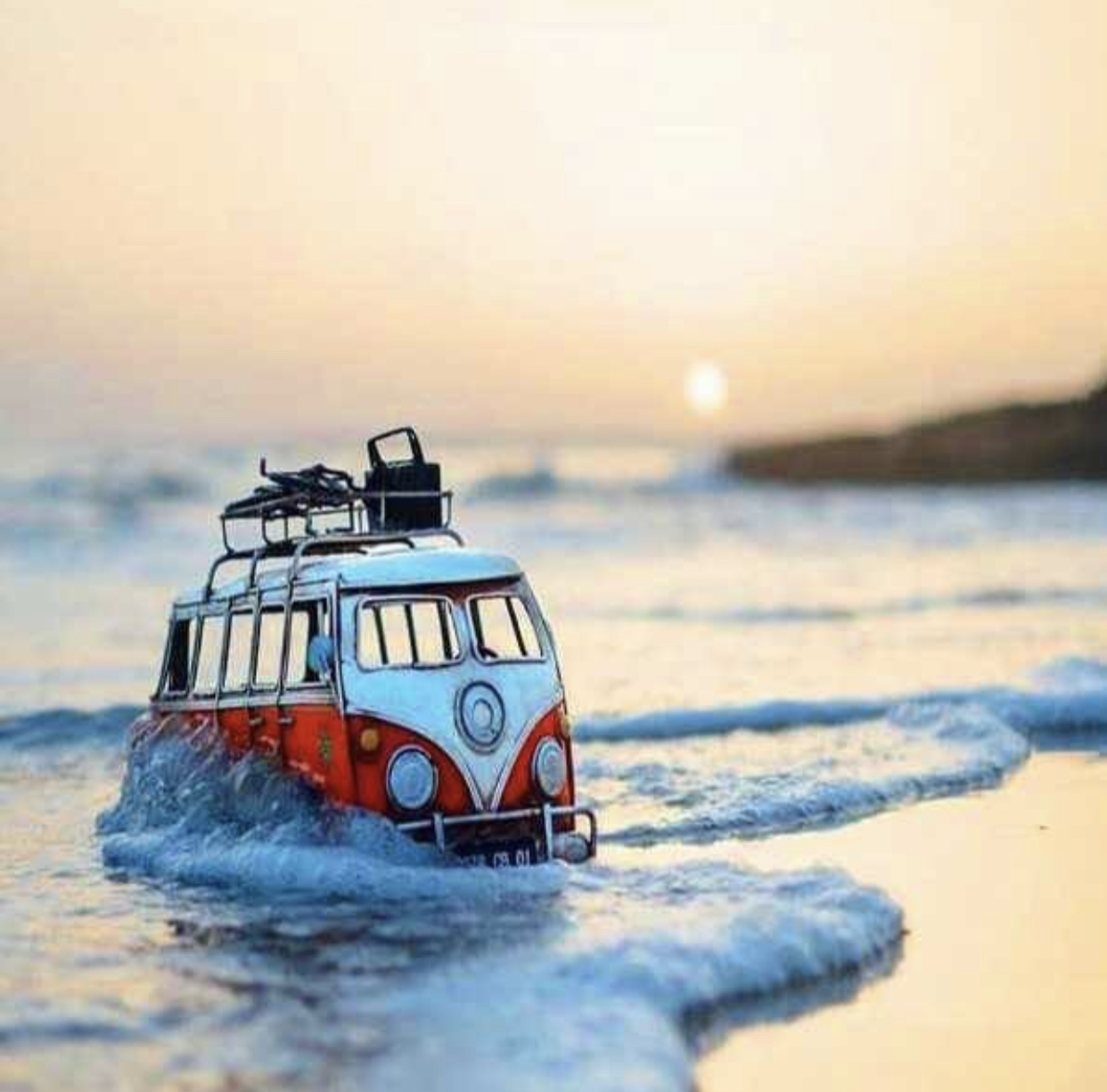 Second Round of 43ft Dhow Sailing Race on Saturday

Marine Sports enthusiast awaits the second round of the Dubai Traditional Dhow Sailing Race (43ft) which will be organized by the club this Saturday in Jumeirah Beach, under the current sports season 2022-2023.

The club announced the start of the online registration process for the upcoming race to be completed by racers on or before this Friday, 18th of November 2022.

The second round is an important milestone for the sailors as it serves as the final round of this racing category in which they will determine who among them topped the general ranking of this season 2022-2023.

Looking back at the first round organized by the club last October, boat no. 170 Sahm owned by Abdulla Ibrahim Abdullah Al Hammadi and led by Ahmed Youssef Salem Al Hammadi crowned as champion.

Registration for the second round of the 43ft Dubai Traditional Dhow Sailing Race closes today, which is organized by Dubai International Marine Club tomorrow (Saturday) within the current sports season 2022-2023.

The organizing committee will announce as well today the list of the participants for the big race tomorrow, which would be the second round of the competition. It is expected that the participants will be challenged to make their way to the top as it will determine their overall standing for this season 2022-2023.

The race witnessed a huge turnout in participation distinguished by the first round with 80 boat participants which was held last October racing in a distance of more than 14 nautical miles from the Arabian Gulf towards the finish line at Jumeirah shore.

The organizing committee completed all the necessary preparation to hold the race on Saturday in coordination with the Government Department and National Institution which is always behind the success of the races & events organized by the club.

The organizing committee monitors all the sea and weather conditions through the reports from the National Center of Meteorology and some specialized websites to hold the race in the most suitable condition.

Dubai Media Incorporation continuously shares interest in watersports event by broadcasting live the race tomorrow afternoon thru its channel in Dubai Sports TV. The club & the DMI completed all the requirements to share live the big race tomorrow (Saturday).

It is worth mentioning that in the first round of the race last October we witness the boat no. 170 Sahm won the first place skippered by Ahmed Youssef Salem Al Hammadi against its rival boat no. 70 Nazaa led by Youssef Ahmed Mohamed Al Hammadi and on the third place is boat no. 87 Al Dhafrah led by Mohammed Abdulla Juma Al Marzouki.

Dubai shore will witness today the launching of the second round of the 43ft Dubai Traditional Dhow Sailing Race organized by Dubai International Marine Club under current sports season 2022-2023.

The organizing committee at Dubai International Marine Club completed all the necessary preparation to hold the race today in coordination with the government departments and national institutions, which always contribute to the success of all the activities organized by the club.

Today's race will bring together 76 participants representing elite racer from the boat owners to sailors who will compete to win the top three places.

Mohammed Saif Al Marri, the Acting Director of the Department of Sports Affairs at the Dubai International Marine Club, confirmed that the organizing committee of the race has reviewed all the reports about today's weather forecast thru the National Center of Meteorology and a number of specialized websites in order to hold the race in the best conditions and in pursuit of everyone's safety.

He said that the Race Start will be between 12:00 noon until 1:00 in the afternoon and expected that the participants will sail around 15 nautical miles from the depth of Arabian Gulf towards the finish line in Jumeirah Shore.


Al-Marri would like to thanked all the cooperation of everyone for the success of today's event most especially the General Command of Dubai Police , Coast Guard, Civil Defense, Nakheel and P&O Marina.

Boat no. 55 Al Teber owned by Rashid Mohammed Rashid bin Ghadeer and led by the sailor Mohammed Sohail Al Muhairi was crowned as champion of the Dubai Traditional Dhow Sailing Race (43ft), the second and final round for the current season 2022-2023 that took place last Saturday.

The crew of boat no. 55 Al Teber succeeded in getting the right strategy to win first place in the race against its rival boat no. 219 Al Nayef which is owned and skippered by Mansour Ahmed Abdullah Al Hamadi, while the boat no. 125 Hadi owned and led by Ali Ateeq Obaid Al-Rumaithi finishes third in the race.

The race achieved great success represented by 70 boats that sailed thru the Arabian Gulf waters to Jumeirah shore for 15 nautical miles towards the finish line.

The sailor was challenged in various stages in the race wherein the winds played a major role to keep their sails moving forward forcing them to use their sailing skills and the right timing in shifting the sails. It was an unpredictable win until the last movement that boat no. 55 Al Teber picks up the pace to be the first boat to reach the finish line immediately followed by boat no. 219 Al Nayef and boat no. 125 Al Hadi.

Jamal Zaal bin Kreshan, DIMC Board Member followed the race from the starting point until the finish line along with Mohammed Harib, DIMC CEO while the race was supervised by Mohammed Saif Al Marri, the Director of Sports Affairs, who crowned the champions of the race boat no. 55 Al Teber, 219 Al Nayef and 125 Hadi.

Al Muhairi dedicates the win to the boat owner

Mohammed Sohail Al Muhairi, the sailor of boat no. 55 Al Teber dedicates its achievement to the boat owner & sponsor of the team, Rashid Mohammed Rashid bin Ghadeer, for his continuous support and constant encouragement, which contributed to the success of the crew in all of their participation in traditional dhow sailing 43ft and 60ft category.

He said that the race was very interesting due to the challenges they face regards to wind fluctuations and diversity but the crew succeeded in choosing the right strategy and direction to immediately arrive at the finish line achieving first place in the race.

The captain of boat no. 55, would like to express his thanks and appreciation to Dubai International Marine Club (DIMC) for the race's success, praising its efforts in organizing and communicating to all the owners and sailors to safely arrive at the finish line.