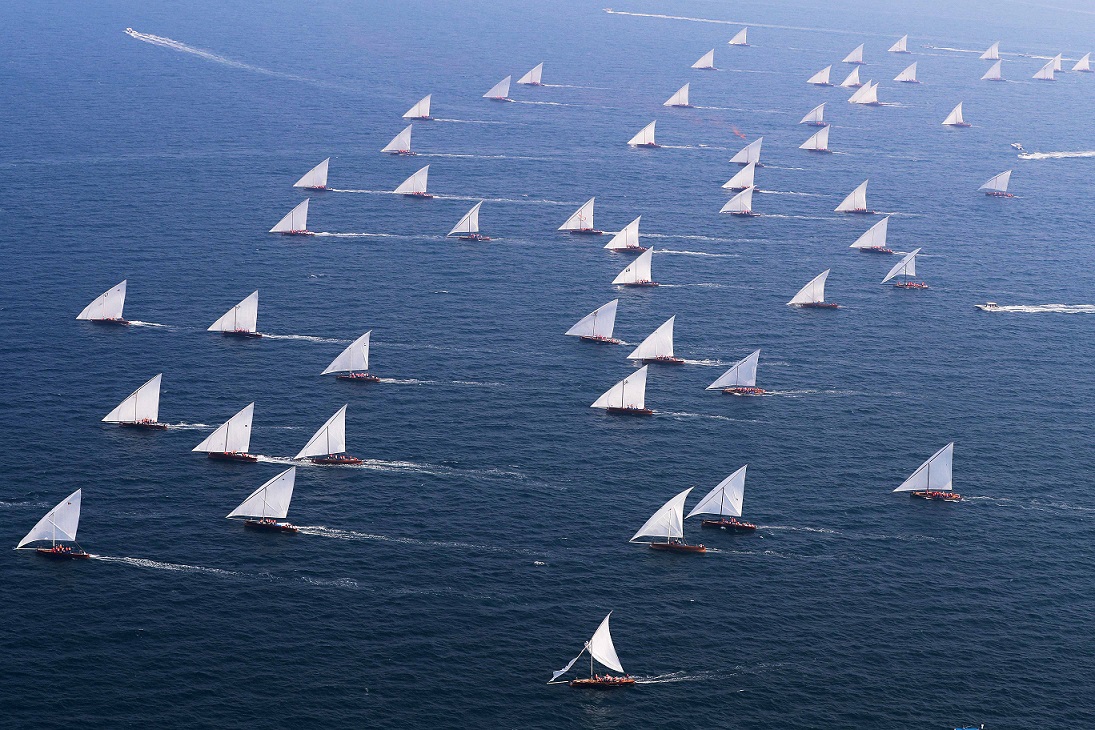 DIMC is preparing to organize a wide range of activities during the month of November under the current season 2021-2022 and in conjunction with the Dubai Fitness Challenge 2021.

Dubai shore will witness this Saturday the returns of the 43ft Dhow Sailing Race - Heat 1 which was postponed previously due to weather conditions and after a hiatus from the previous season 2020-2021.

The 43ft Dhow Sailing Race is considered to be one of the oldest traditional races organized by the club and it was launched on the 29th of January 1988 with the participation of 19 boats.

According to Mohammed Harib, CEO of the Dubai International Marine Club, the month of November is going to be filled with action of the traditional and modern races in line with the sports movement in the emirates in response to the Dubai Fitness Challenge 2021.

He would like to thank the marine sports enthusiast for their understanding of various circumstances specifically the sea condition that plays a big role in organizing races. He also praised the coordination of the Abu Dhabi Yacht and Sailing Club for the dates of the traditional races wherein it's decided to hold the first round of the 43ft Dubai Traditional Dhow Sailing Race on Saturday.

Aside from that, He also said that the club will host the first round of the Dubai Kitesurf Open on 12-13th of November in cooperation with the Emirates Kiteboarding Association (EKA) for the fifth consecutive season.

The Board of Directors approved three rounds of this emerging sport that attracts the participation of the local and international riders showcasing the stunning beaches of Dubai. It’s a unique and exciting sport with three categories to compete with such as: Twin Tip, FreeStyle, Hydrofoil all are open to Men, Women, Locals, and juniors.

And for the last activities scheduled in November will be the first round of the 60ft Dubai Traditional Sailing Race which will bring together an elite group of boat owners and sailors with three rounds to compete this season.

The organizing committee at Dubai International Marine Club announce the ending of registration today for the first round of the 43ft Dubai Traditional Dhow Sailing Race which will be held under the new season 2021-2022 on Saturday on the beaches of Dubai.

There will be a two-rounds of the 43ft Dhow Sailing Race as approved by the club Board of Directors which is said to be one of the oldest races first launched by the club on the 29th of January 1988.

The committee began the preparation for the upcoming race thru the announcement of registration via SMS earlier this week.  And as per the approved Timetable, the race will begin at 2:00 in the afternoon on Saturday, wherein the starting line is set to be at the depth of the Arabian Gulf towards the finish line at the beaches of Jumeirah.

According to Mohammed Harib, CEO of DIMC, the weather forecast this week is suitable for such race showing a suitable wind speed, stable sea condition, and temperature which will help the sailors to sail smoothly towards the finish line.

He reminded the participants to follow strictly the rules and regulations implemented by the club including the early arrival at the assembly point prior to the boat line up at the starting line and to adhere in all the precautionary measures pertaining to COVID-19.

A great heritage sport to witness today at Jumeirah Beach in Dubai with the return of 43ft Dubai Traditional Dhow Sailing Race – Heat 1 under the marine sports season 2021-2022.

83 boats will participate in today’s race, battling for the title in the first round of the competition that will start at the depth of  Arabian Gulf this afternoon sailing thru the finish line at Jumeirah shore for a distance of 14 nautical miles.

Dubai International Marine Club has completed all the necessary preparations for the race today in coordination with the government department and national institution. It is expected that all participants will be reporting at the milling area at 12:30 before heading to the starting line prior to race starts at 14:00 HRS.

Mohammed Harib , CEO of DIMC welcomes all the boat owners and sailors for the first round of the 43ft Dubai Traditional Dhow Sailing Race and wishes the 83 participants the best of luck. He also thanked all the government department and national institution including the Abu Dhabi Yacht and Sailing Club for their great cooperation and support to achieve the success of today’s event.

Al Shaqi 96 by Hamdan bin Mohammed, the champion of the 43ft Dhow Race