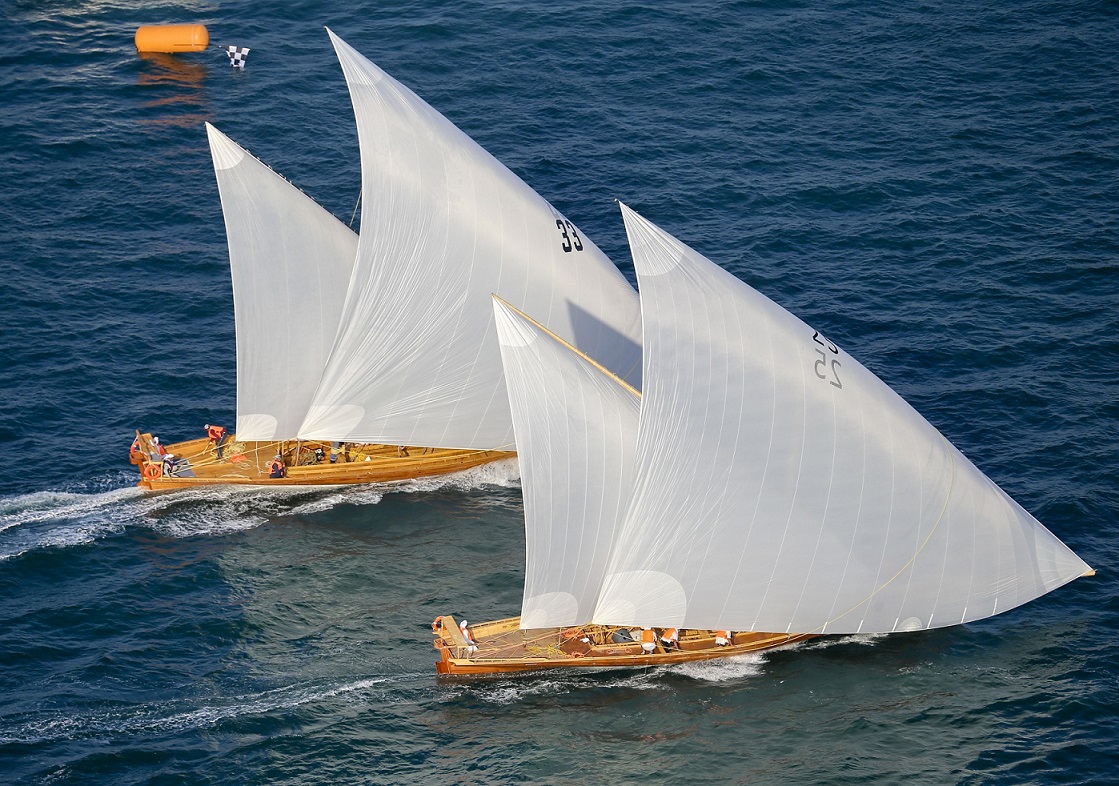 Dubai International Marine Club will organize on Sunday the first round of the 60ft Dubai Traditional Dhow Sailing Race under the current season 2021-2022.

Remarkably the 60ft Dhow Sailing Race celebrates its  30th year this 2022 in the history of racing in the club, in which this category was established in 1993 as the implementation of the vision of the late Sheikh Hamdan bin Rashid Al Maktoum.

The club announced the opening of registration thru the club website starting yesterday until Friday prior to the race day scheduled on Sunday. The owners and skippers are notified as well of the expected race on Sunday with the Race Instruction and were posted the update on the club social media.

Mohammed Hareb, the CEO of DIMC said that the club started its preparation last week for the success of the upcoming event in cooperation and partnership with the government departments and national institutions.

He would also like to extend his appreciation to the General Command of Dubai Police, Coast Guard, Civil Defense and the Dubai Media Incorporated (Dubai Sports TV) and Abu Dhabi Media (Yas Sports TV), P&O Marina, Nakheel, and D-Marine Dubai Harbour for their continuous support and facilitation of task to the teams.

He confirmed that the club is following up on all the weather forecasts on the coming days thru the daily reports from the National Center of Meteorology (NCM) and specialized websites to ensure the safety of all the participants on the race day.

The Dubai International Marine Club is scheduled to organize 3 rounds of 60ft Dubai Traditional Dhow Sailing Race in the season 2021-2022 wherein the first round will be on Sunday, the second one to be announce soon and the third one will be the Al Gaffal Long Distance Race on the month of May.

On 26th of May 1993,is the celebration of the 30th years of the 60ft Dubai Traditional Dhow Sailing Race category as the implementation of the vision of the lateSheikh Hamdan bin Rashid Al wherein the first race was held with participation of 16 boats that sails thru Sir Bu Na’air Island to Dubai Coast along with the 43ft Dhow

The crew of the Nimran 211, led by the captain, Ali Abdullah Juma Al Marzouqi, succeeded in winning the last 60ft Dubai Traditional Dhow Sailing Race in season 2020-2021 taking home the title for the 30th edition of the Al Gaffal 30 race.

Dubai beaches are witnessing this afternoon a great heritage race with the launching of the 60ft Dhow Sailing Race -Heat 1 which is organized by the club as part of the marine sports season 2021-2022.

The 60ft Dhow Sailing Race celebrates its 30th year this 2022 in the history of racing in DIMC, wherein this category was established in 1993 as the implementation of the vision of the late Sheikh Hamdan bin Rashid Al Maktoum during the third race of the Al Gaffal Race.

The club completed all the necessary preparations for today's race which will start at 1:00 PM at the depth of the Arabian Gulf near the World Island sailing thru the finish line in Jumeirah beach.

Mohammed  Hareb, CEO of DIMC said that the club monitors all the latest updates pertaining to the weather forecast according to the National Center of Meteorology (NCM) report and considered that Sunday is the suitable day to make the race wherein the wind speed varies from 7-14 knots and the waves around 2-3ft.

He praises the coordination among the boat owners and sailors in the success of today's heritage race. He would also like to extend his appreciation towards the General Command of Dubai Police, Coast Guard, Civil Defense, P&O Marina, Dubai Harbour for their support in facilitating the task to their teams.