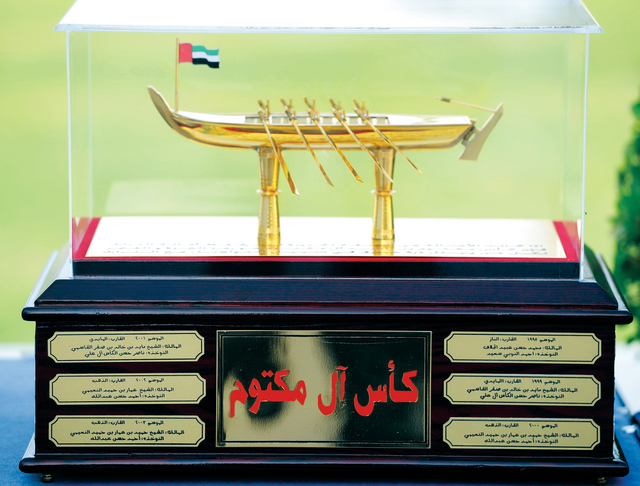 Please confirm your participation in the race by calling  043995777 or via Group WhatsApp.

The 25th edition of the Al Maktoum Traditional Rowing Cup will be held on Friday, 24th of December at Dubai Water Canal in Al Jaddaf. The great competition started way back 1996-1997 with the insightful idea and support from the late Sheikh Hamdan bin Rashid Al Maktoum and was publicly held a season after in 1998. 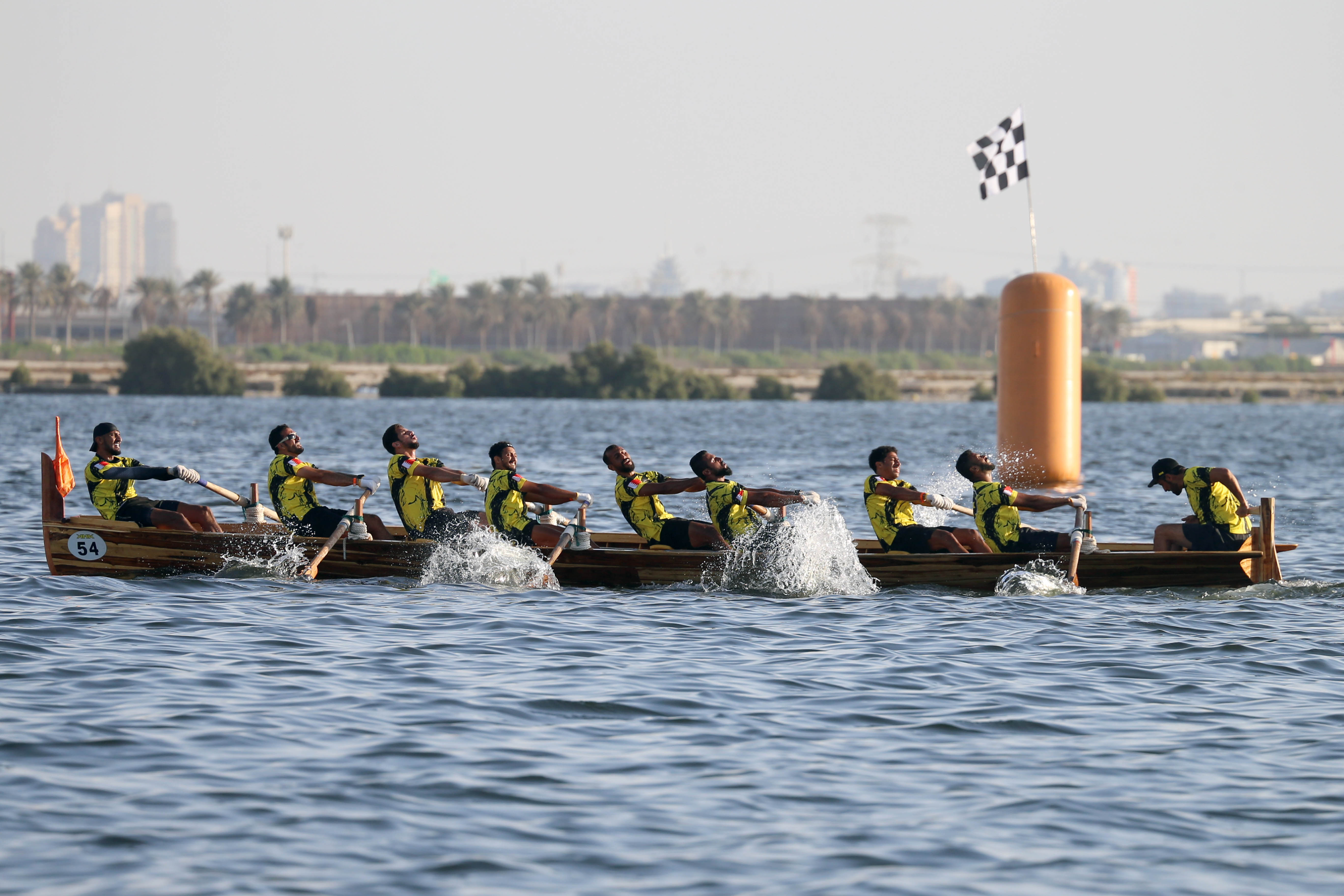 Al Asefa (36) and KHK 54 were crowned champions of the Al Maktoum Cup Traditional Rowing Race for the Local and Open Class Category. The great event celebrated its Silver Jubilee this season which achieved a huge success with the participation of 31 boats carrying up to 300 sailors who embodies an inspiring celebration of the heritage in conjunction with the country's 50th year and EXPO 2020.

The race concluded in one of the country's tourist spots in Dubai Canal Waters in Al Jaddaf region in Dubai Creek near the Wildlife Sanctuary. It was organized by the club under the current season 2021-2022 in cooperation with the various government departments and media sectors.

The race was divided into categories following the 2.3 km race distance and new starting line procedure that help them easily bid their way to win the race


The first half of the race was for the Local Class Run with the participation of 20 boats wherein the boat no. 36 Al Asefa owned by Hamdan Saeed Jaber and skippered by Bader Abdul Hakim Mohammed Thani bin Thani topped the race.

The second place goes to the boat no. 60 Al Zahab owned by His Highness Sheikh Ammar bin Humaid Al Nuaimi, Crown Prince of Ajman, and skippered by Juma Yousef Al Junaibi while the third place went to the crew of boat no. 55 Jelfar 1 owned by Sheikh Saud bin Saqr Al Qasimi , Ruler of Ras Al Khaimah and led by Badr Naser Al Shehhi .

In the second half of the race which is for the Open Class Run category participated by 10 boats and defending champion boat no. 54 (KHK)  owned by His Highness Sheikh Khalid bin Hamad Al Khalifa, led by the captain Ahmed Nasser Al Busmait succeeded in taking over their second Al Maktoum Cup title. It has been a great achievement for the team who strongly participate in the rowing season championship.

The second place goes to boat no. 83 (F3) owned by His Highness Sheikh Hamdan bin Mohammed bin Rashid Al Maktoum, Crown Prince of Dubai and led by the captain Mohammed Ahmed Jaber, while the Dubai Police 30  skippered by Tariq Mohammed Al Mansouri, succeeded in taking the third position in the race.

At the end of the race, the winners for the 25th Al Maktoum Cup was awarded by H.E. Saeed Harib, the Vice President of DIMC & Secretary General of Dubai Sports Council with him is the DIMC CEO , Mohammed Harib, and Lt. Col Ali Abdullah Al Naqbi - Head of the Maritime Rescue Department at Ports Police Station. The winners were awarded with the Al Maktoum Cup Trophy and a medal for each crew.