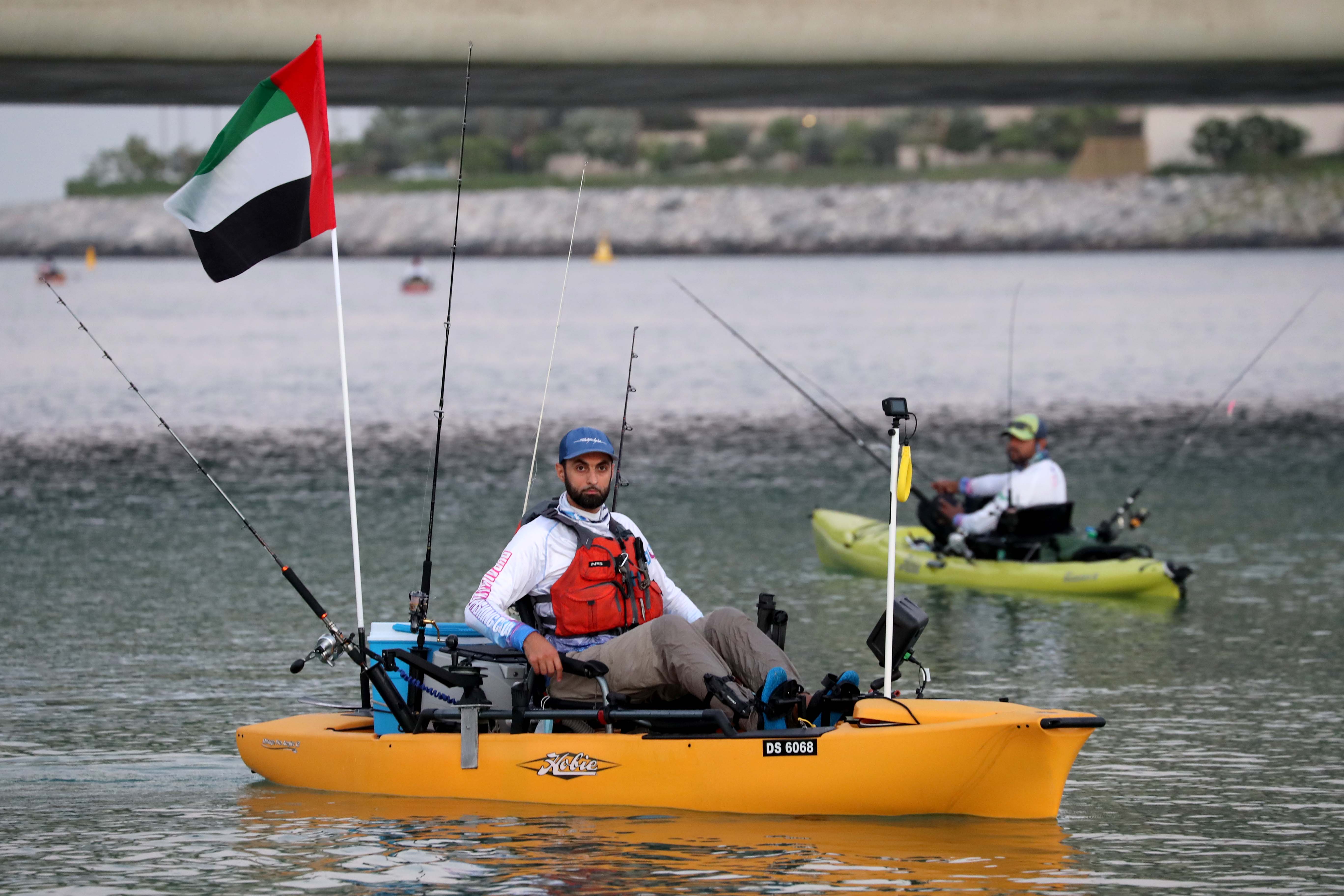 Registration is now open for the Dubai Kayak Boats Fishing Tournament 2023 - Round 2 via the link https://bit.ly/3ImBbLl which will take place under the following instructions https://bit.ly/3jb9TOc

Italian & Jordanian topped the Second Round of Kayak Fishing Tournament

The second round of the Dubai Kayak Fishing Tournament successfully concluded last Saturday in Dubai Islands which is organized by Dubai International Marine Club under the sports season 2022-2023.

DIMC has been organizing the said event for the third consecutive season now and has been receiving huge interest & attention among various segments of society with the sponsorship and support from Al Watania Marine & Al Yazi Marine.

The Italian Competitor no. 34 Stephan Steinkeller was crowned as champion of the overall for other fish after catching a total of 11 KGS fish followed by the Jordanian Mohammad Azmi Ata Abu Mheisen with a total catch of 5.20 KGS and the third place went to Karim Azouagh from France with 2.95 KGS total catch fish.

On the other category the Jordanian, Motasem Abdallah was crowned as solo champion of the Kingfish category after catching a  9.6 KGS of Kingfish, a challenging yet well-deserved win.

The club ensures the organizational success and safety of the race by providing clear rules & regulations to all the participants as well as by monitoring daily the weather forecast prior to the race day. The competition started off early morning last Saturday and ended up with the awarding ceremony on the same day in the afternoon, attended by Mohammed Harib - CEO of DIMC accompanied by Mohammed Abdullah Al Obaidli – Secretary General of UAESARF and Saif Al Muhairi from UAESARF.

DIMC would like to express its gratitude towards to all the participants & event sponsors such as the Al Watania Marine and AlYazi Marine for the prizes & support they give in Kayak Fishing Tournament.