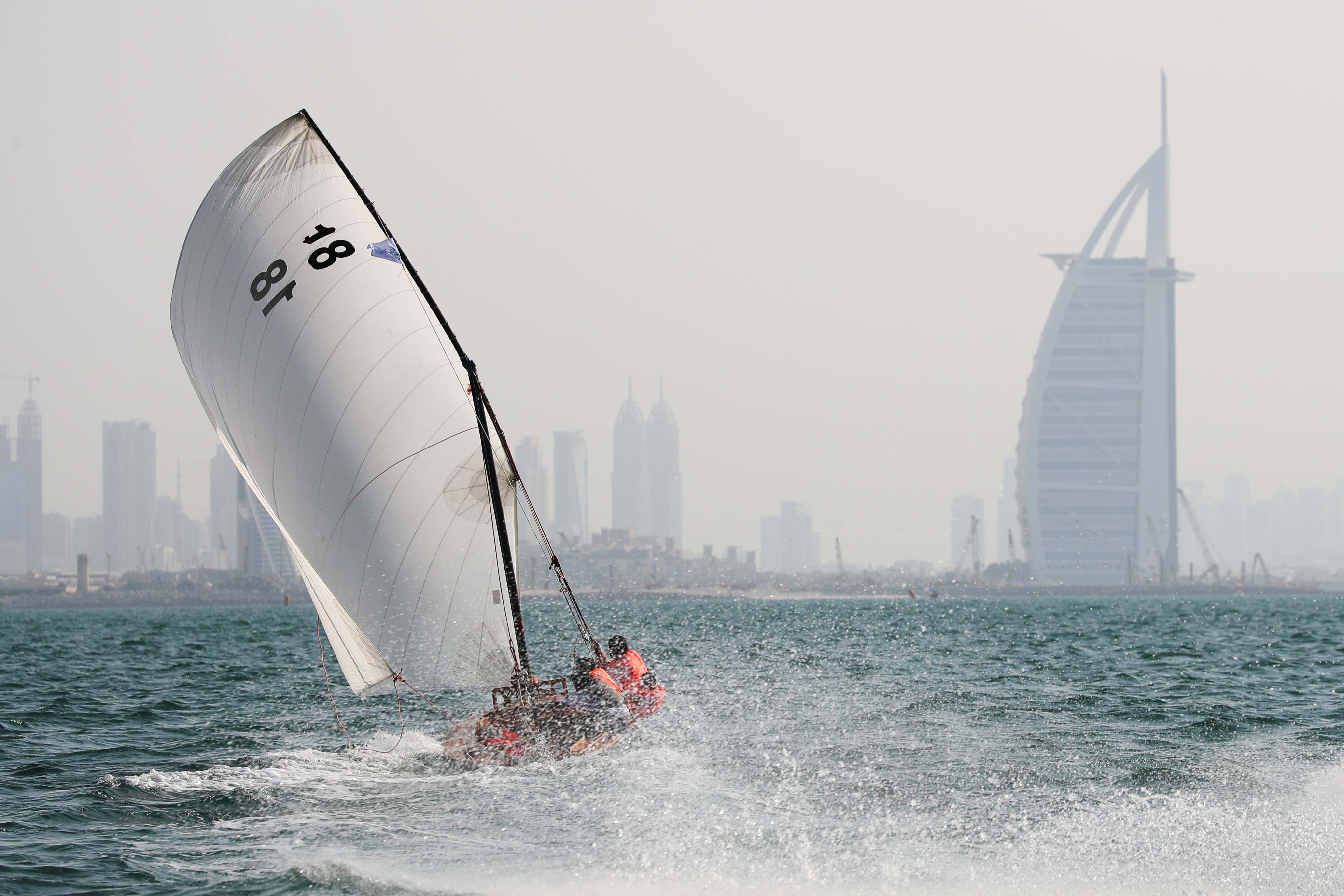 The organizing committee at the club started all the preparations and arranging all the necessary equipment for the race in coordination with club strategic partners and national institution. The audience will be filled with excitement as  the club organizes a full weekend of racing in Nessnass Beach in Jumeirah wherein they invite the public to witness the second round of the Dubai Kitesurf Open and the 22ft Dubai Traditional Dhow Sailing Race in one of the tourist destination spots.

Mohammed Harib , CEO of DIMC said that the Team are in full preparation to organize successfully the two event as expected this week and hoping that the weather conditions will be favorable this weekend which plays an important role in the success of the two races.

The second round of Dubai Kitesurf Open today at Nessnass Beach which is organized by the club under the marine sports season 2019-2020.

The competition will start today until tomorrow which will bring 100 Kite-surfers from around 30 countries led by the stars of the national team that will attract the enthusiast of the sports in the community for both genders.

Dubai International Marine Club is organizing the big event for the third year in a row in cooperation with the Emirates Committee for Kite Surf and surfing the EKA (Emirates Kiteboarding Association), headed by Sheikh Ahmed bin Hamdan Al Nahyan in partnership with the national institutions that aimed to spread widely the sports across the country.

Today (Thursday), is the first stage of the competition wherein the participants will compete in 8 different titles starting from 2 o'clock in the afternoon with the Twin tip and Free Style category for Men, Women, Junior and Local. Right after the competition will be the awarding of the winners for the first day.

And on the next day, Friday will be the Hydro Foil competition which will start from morning until the awarding ceremony at the end of the race for the winners of the day two.


It is worth mentioning that the Dubai International Marine Club organized the first round of the competition in the beginning of this year 2020  which achieved a great success with more than 100 participants from both gender competing for 8 titles in the following categories : Hydrofoil, Twin tip and Free Style.

The championship started yesterday with the  Freestyle and Twin Tip competition wherein they compete in different categories for local, men, women and junior led by the national team of the UAE in the said competition.

The stars of our national team achieved outstanding results in the competitions of the Dubai Kitesurf  Open - Heat 2 which was organized by Dubai International Marine Sports Club over two days within the calendar of marine races in the sports season 2019-2020.

The competitions were held in cooperation with the Emirates Committee for Kite Surf and Surfing (EKA) Emirates Kiteboarding Association headed by Sheikh Ahmed bin Hamdan Al Nahyan, who was keen to follow the phases of the second day accompanied by Mohammed Abdullah Harib, CEO of DIMC and Hezaim Al Gemzi, the Director of Sports Department, where he met the participants and provided then moral support to do great in the race.

The Dubai Kitesurf Open witnessed a great turnout of participation of more than 50 competitors from 19 countries such as : Britain, Spain, France, Australia, Austria, South Africa, Moldavia, Poland, Germany, Canada, Italy, Bulgaria, Palestine, Lebanon, Morocco, Egypt, Sri Lanka, Mauritius and Kenya in addition to the stars of our national team where they compete in Freestyle , Twin Tip and Hydrofoil divided into categories such as for Local, Men, Women, Junior.