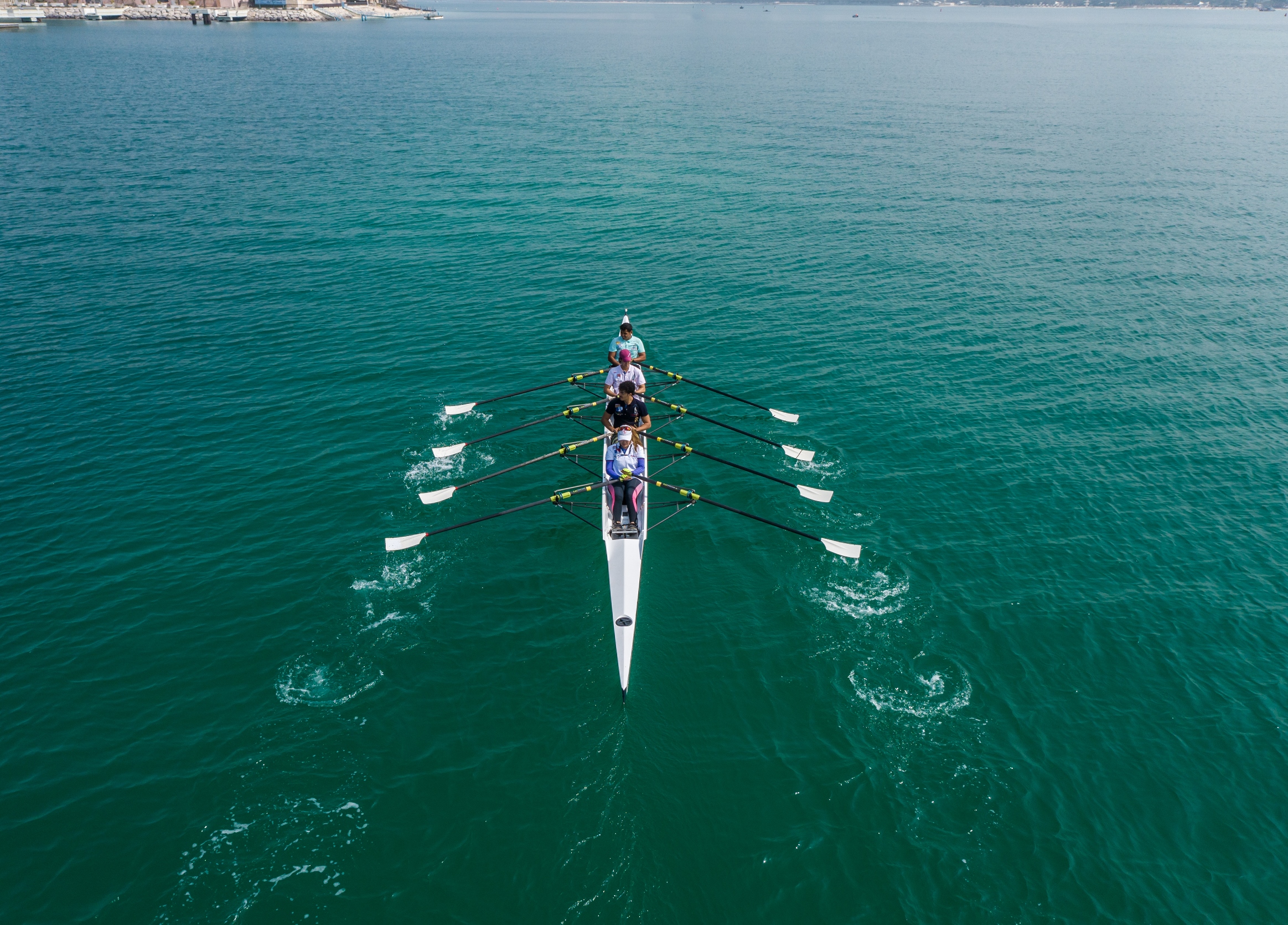 Full of Waterports Event this February

Dubai International Marine Club (DIMC) will have a full month of watersports events this February under the current season 2022-2023.

The club is preparing for a series of competitions and community events starting this Saturday, with the launching of two events this weekend. The second round of the UAE Rowing Championship will be held with 16 categories to compete in varying for Men, Women, Junior, and Mixed. In the same week, the second round of the Kayak Boat Fishing Tournament will be held which is open to all, with the Kingfish and overall other fishes.

Dubai International Marine Club begins its preparation to organize two sporting events this Saturday, the 4th of February with the UAE Rowing Championship and the second round of the Dubai Kayak Boats Fishing Tournament.

The UAE Rowing Championship will bring together champions and elite racers for this sport representing various clubs in the countries in 16 categories divided into singles, doubles, and quadruple for men, women, and a junior in two shifts of races in the morning and afternoon.

Dubai International Marine Club organize the race within the 2022-2023 marine sports season under the UAE Sailing and Rowing Federation (UAESARF) which includes 6 stations organized by the federation. On Saturday, Dubai will host the second round.

In conjunction with that, the DIMC will be organizing the second round of the Dubai Kayak Fishing Tournament which held within the framework of the club to enhance community activities and events by providing an ideal atmosphere for conducting watersports open to all segments of society.

The club announced the opening or registration for those who would like to participate in both race which will be held in Dubai Islands from early morning on Saturday until afternoon with the prize giving ceremony for all the participants that will win the race.

Last month, the first round of Dubai Kayak Fishing Tournament with total of 80 participants (male & female) who competed for Kingfish Category and overall of other fish (Cobia Fish, Barracuda Fish, Queen Fish & Golden Trevally Fish). Winning the said competition for Overall of other fish is contestant no. 12 Ahmed Mohammed Hassan Al Saadi and on the Kingfish Category is contestant no. 11 is Fe P. Balon from Philippines.