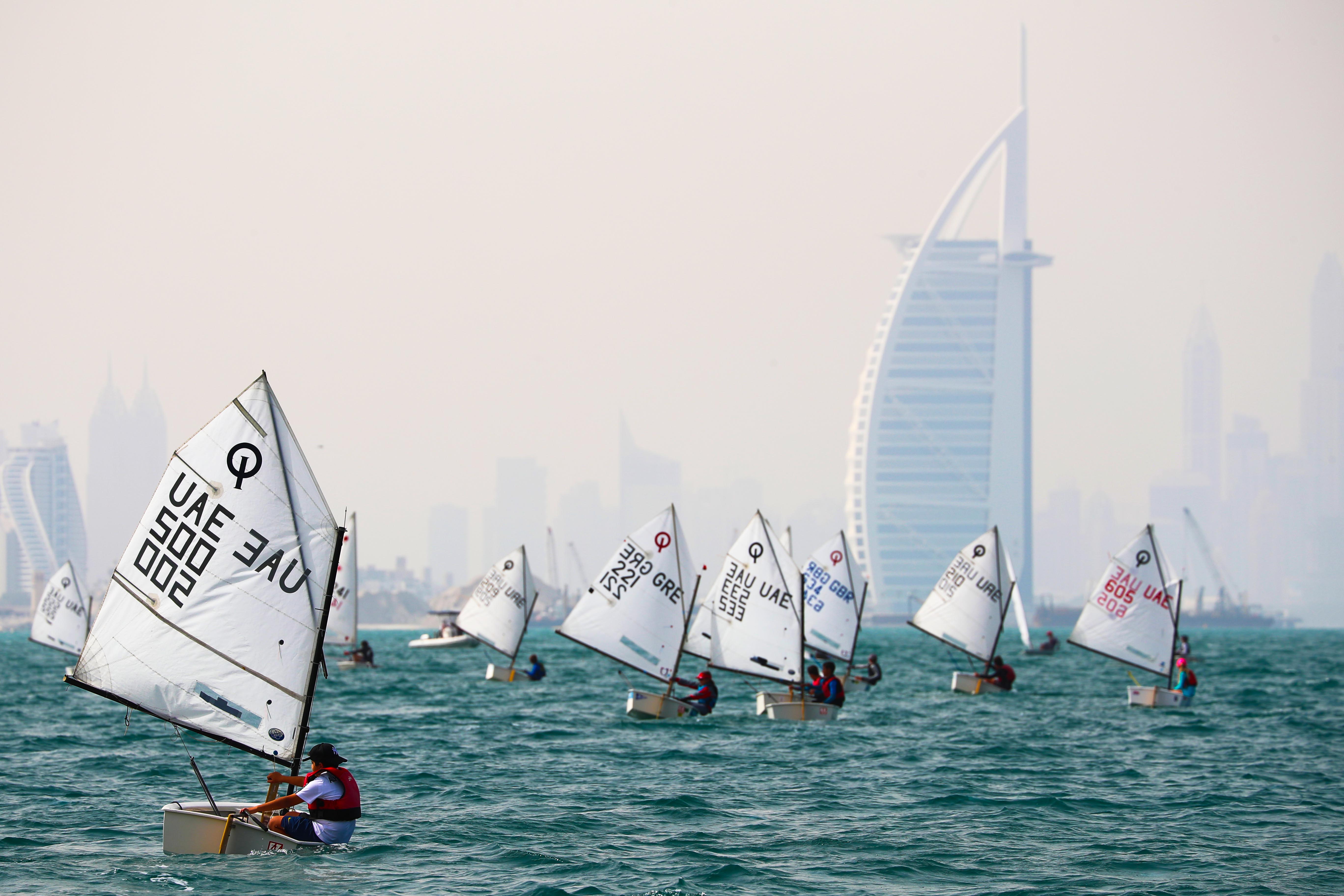 Jumeirah Beaches in Dubai will witness today, Saturday the second round of the Dubai Junior Regatta a sailing Championship for (boys and girls), organized by Dubai International Marine Club within the calendar of marine races in the sports season 2019-2020.

The club had successfully organized the competitions of the first round of the Dubai Junior Regatta in first of February, in cooperation with the Dubai Offshore Sailing Club (DOSC).

The Conclusion of Dubai Junior Regatta Second Round

Yesterday (Saturday) we witnessed the conclusion of the Dubai Junior Regatta Heat 2 which is organized by Dubai International Marine Club (DIMC) within the marine sports season 2019-2020.

The competition took place from morning until afternoon which runs over 5 rounds of the sailing for both categories under the supervision of the Dubai Offshore Sailing Club (DOSC)  Technical Committee  with the participation of the young sailor from Abu Dhabi Sailing and Yacht Club (ADSYC) and DOSC divided into two categories the Optimist and Laser 4.7

Josh Morgan from DOSC was crowned as winner of the Laser 4.7 overall against Ben Moelker who took the second place which is also from DOSC.  And taking the third place and first position for the Girls category was Alyazyeh Ebrahim Yousef Al Monsouri.

In the Optimist category Carlo Von Wunster from DOSC won the first place against Hamid Yaqoub Saleh Al Hammadi of ADSYC while the third place goes to his brother Hamad which is also his teammate from ADSYC. the fourth place goes to Butti Marwan Mohamed Saif Almheiri  and the fifth place goes to Khalifa Adnan Yousef Al Mansoori.

The race was followed by the DIMC CEO , Mohammed Harib with him is Hezaim Al Gemzi the Director of Sports Department at DIMC ,  Yousuf Al Bastaki  the Sailing Principal and Ahmed Al Suwaidi the Security Manager and some officials from DOSC.

Right after the race was the awarding ceremony led by the presence of Hezaim Al Gemzi and Yousuf Al Bastaki from DIMC and some officials from DOSC.