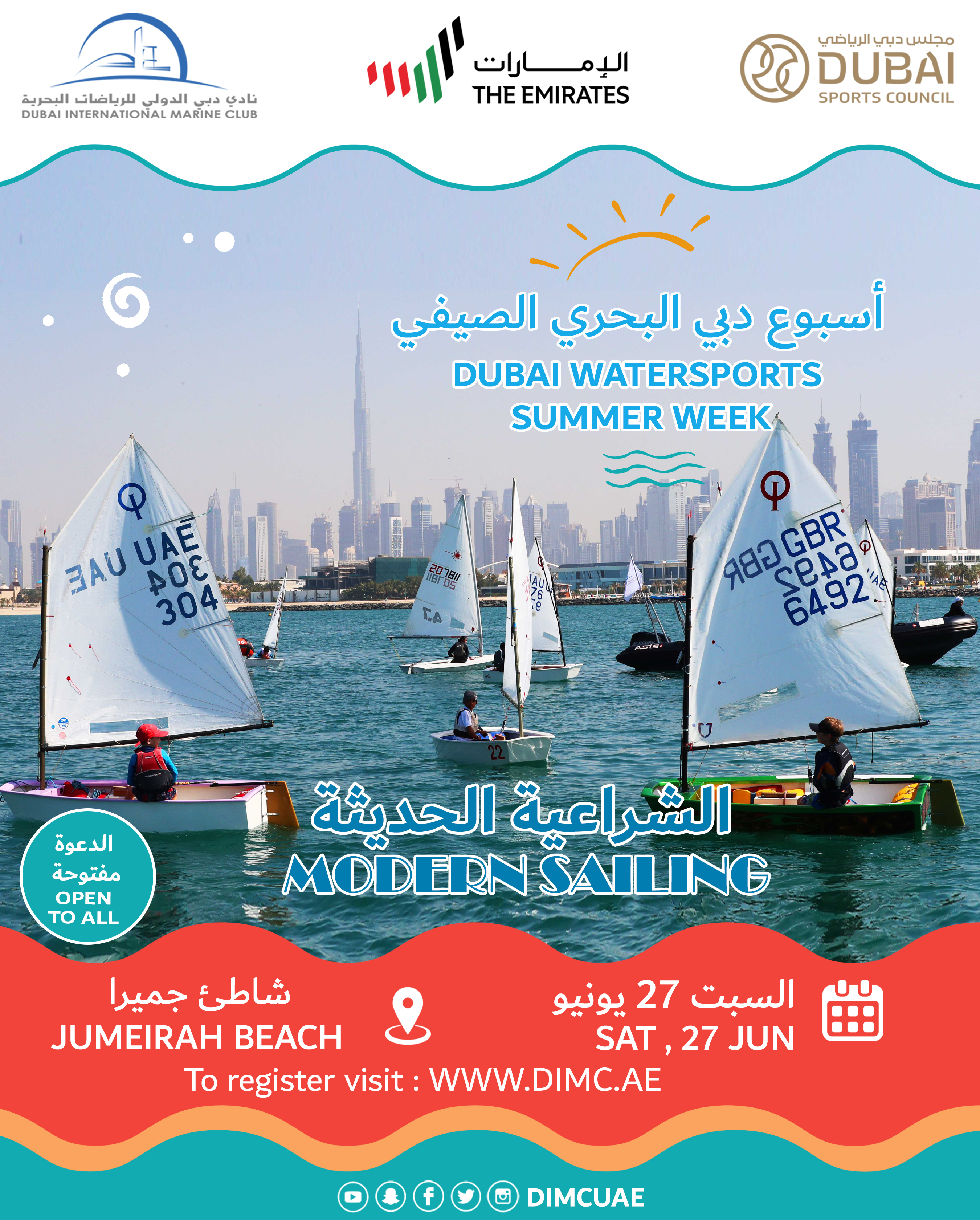 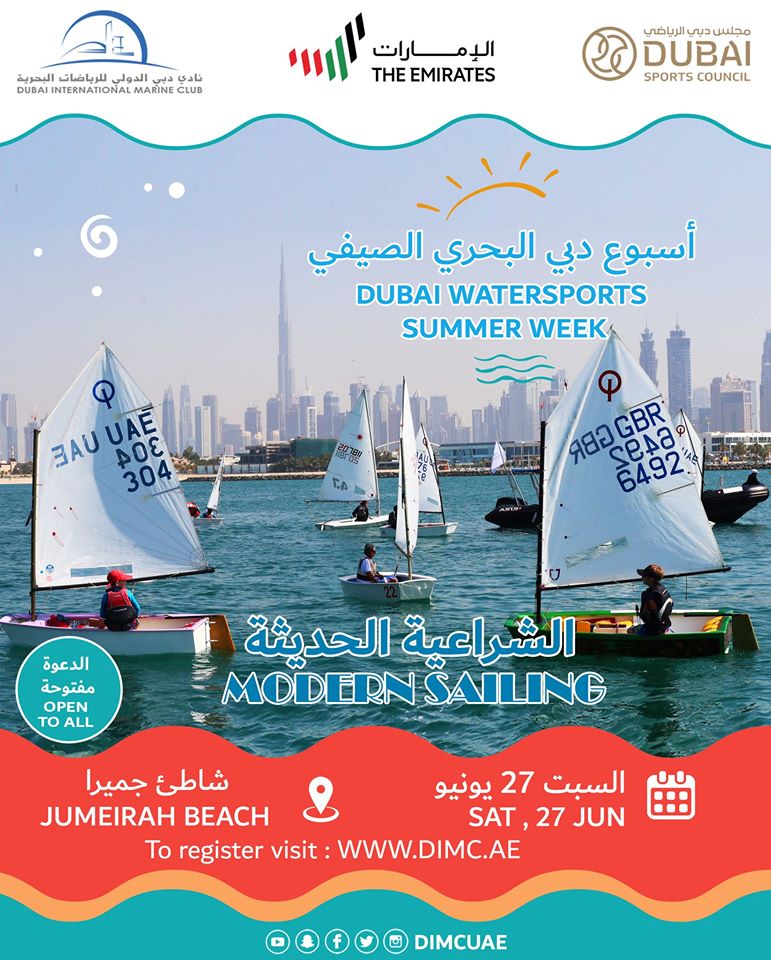 The Organizing Committee of the event and the participating contestants raised their thanks and appreciation to HH Sheikh Mansoor bin Mohammed bin Rashid Al Maktoum, Chairman of the Dubai Sports Council, for his direct guidance for the return of sporting activity wherein the marine sports is the first station with the implementation of the safety procedure issued by the government and national authorities to stop the spread of COVID-19.

The beaches of Jumeirah witnessed with the closing day of the Dubai Watersports Summer Week with Modern Sailing Competition (Laser 4.7) which witnessed a great participation and interaction among the marine sports enthusiast in the picturesque Dubai beaches. We witnessed also the participation of the heroes in sailing that join the club sailing school established in the late nineties.

In the top spot in the second group is Ibrahim Mohamed Salem who took the first place against Ahmed Shaheen Abdullah and the third spot by Amer Al Taher in the same group. For the third group we witnessed the brilliance of our heroes Ali Binthalith who got the first position while Jassim Ehab took the second place against Taher Al Taher which lead him to third place.

And for the Women Awards goes to Eve Wycherley for the only lady participant in the event  which was accompanied by her own family supported her from the beach side. In the Men's category the first place goes to the Greek contestant Athos and the British guy Mike with his countryman Josh Morgan for the third place.

The exciting activities all throughout the Dubai Watersports Summer Week was held in the various beaches in Dubai such as Al Shurooq, Nessnass , Kite Beach and DOSC Beach showcasing different sports gathering. In the Kitesurf competition for local category our hero Mohammed Obaid Al Mansoori won the first place while Khalid Bel Jaflah took the second place and the third spot goes to Ghaith Al Ghaith. In the same competition for Men category the Italian guy Lucio Zazzaro won the first place followed by the Lebanese, Gabriel Casas and third one goes to the Egyptian men, Hesham Elnaggar. For the ladies’ category Paula Mihalova got the first place followed by Ilona Sadejko and the third one goes to Kristina Mladenova.

Another competition held in the week was Kayak Fishing that was held for the first time in Dubai with lots of participation from the enthusiast of this sports winning the said event is Michael Flores and the second place goes to Vicente Lutao and the third spot for Marian Vliecu.